One of the reasons behind the mass appeal for The Lord of the Rings franchise, both in the books and the movies is that they’ve been really accessible for folks of almost every age. It’s just one reason, among man, that the stories remain so timeless. But a new rumor has it that the franchise, in future iterations, might be targeting more of an adult audience. The folks over at We Got This Covered have it that New Line Cinema, who controls the production rights to the universe might be targeting an R-rating for future The Lord of the Rings movies.

Now again, this is still very much a rumor at this point with no clear details on this idea, or even which movies they’d be referencing. But a new set of The Lord of the Rings movies with an R-rating would have a very different feel than the world we’ve brought to the big screen so far through the six Peter Jackson movies. Those focused primarily on the good and evil struggle and storytelling, choosing to build a world with plenty of dangers, but little in the way of controversy or adult-themed content. Middle Earth wasn’t always the best place to live, but the productions were PG-13 all the way through.

Additionally, right now, the franchise isn’t even in the true planning stage on any new The Lord of the Rings trilogy of movies. In fact, it’s the Amazon television series that’s seeing most of the attention. The streaming platform entered a massive deal to turn parts of the franchise into a television series. There has been intense secrecy around the project which has already been filming this year. Though it’s faced pandemic-related delays, much like other productions that got underway in 2020, things do appear back on track.

This new The Lord of the Rings series will take place in a timeline prior to the events of The Hobbit and The Fellowship of the Rings in Middle Earth’s Second Age. In the J.R.R. Tolkien mythology, this period lasts for more than 3,000 years though does feature some folks either mentioned in lore, or even those like Sauron whose defeat is thought to have been the end of this era of time. The show is set for a five-season run, the cost of which could run Amazon up to a billion dollars. They’ve thrown a lot of money at this one.

There isn’t a sense of what the tone or rating for this new The Lord of the Rings will be, but assume it’s along the lines of the movies working for as much mass appeal as possible. We aren’t going Game of Thrones with this one even though HBO found massive success with that series. Considering the source material, Tolkien kept his stories intriguing, but available for all audiences.

And for those jonesing for even more The Lord of the Rings stories, there’s an anime movie coming out titled War of the Rohirrim. The Warner Bros. film will be set about 250 years before The Fellowship of the Ring. It’s currently on a fast-track timeline for release.

In all, it’s an exciting time for The Lord of the Rings fans with new projects coming down the pike. Could one of them be R-rated when it’s all said and done? It feels a little out of context for the Tolkien-created world, but these days studios are also taking lots of liberties with source material. 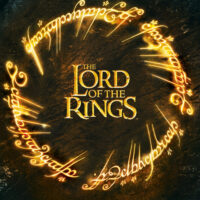 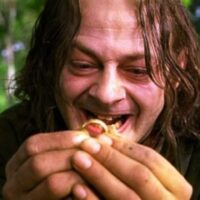 Andy Serkis Is Returning To The Lord Of The Rings