Filmmaker Peter Jackson brought us The Lord of the Rings trilogy and the trilogy for The Hobbit. Now, the studio behind those films is fast-tracking an animated prequel movie that will take place in that same world and timeline, about 260 years before the original trilogy. We’re going back to Helm’s Deep, this time in an anime rushing to release before Amazon’s upcoming project.

Helm’s Deep is an important location in Tolkein’s world. While we saw it in the Lord of the Rings movies, and mentioned its history, there’s always more source material when it comes to Tolkein. Warner Bros. Animation has decided to dive into that history by exploring the location and the man it was named after: Helm Hammerhand, the ninth King of Rohan.

Their new anime will be a theatrical feature titled The Lord of the Rings: The War of the Rohirrim. While the studio behind the movie is the same one that created the six Peter Jackson films, the minds behind the project do not have a LotR background. Kenji Kamiyama worked on the Ultraman anime for Netflix and will be directing the project. It will be based on a script by Jeffrey Addiss and Will Matthews, who worked on The Dark Crystal: Age of Resistance, a prequel series from Netflix to the original Dark Crystal.

In the original trilogy, we saw Helm’s Deep depicted in The Lord of the Rings: The Two Towers. This was when King Théoden decided to hole up and defend the place from Saruman’s army. It feels wrong to call it a “scene”, because this part of the movie took up 40 minutes. It could have easily been a disaster to have a 40-minute battle scene, but it’s considered one of the best in film. The scene was filmed at night, often in bad weather, and involves many actors and set pieces. The visual effects here must have taken a lot of work. While some may only vaguely remember the words “Helm’s Deep”, taking a look at the footage immediately brings this battle scene back.

Creating a new animated film that takes place at Helm’s Deep is an incredibly fun idea. This project has nothing to do with Amazon’s upcoming Lord of the Rings series, which takes place during the Second Age of Middle Earth, which means thousands of years prior. While it could sound like the Amazon series may help gain attention to the new animated feature, Warner Bros. Animation wants to make clear that the two are separate.

Since the Amazon Lord of the Rings series will be ongoing, that means they need to release first. That’s a big goal. These studios are separate. We only have rumors for when Amazon might release. Filming is already underway in New Zealand and has been for a long time, but has hit several delays. Some suspect we may see Amazon release the series in 2021, which others speculate that 2022 is most likely.

The Lord of the Rings: The War of the Rohirrim certainly has its work cut out for it. Not only do they need to create an anime, connected to a live-action series, that makes sense and pleases fans, but they also need to release that project before an unknown date. Despite these challenges, LotR fans must be excited (even if warily so) to finally be getting some new adaptations of Tolkein’s work. 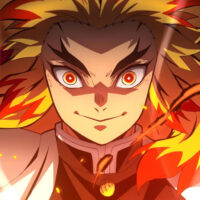