A lip reader reveals what Ryan Reynolds and Hugh Jackman were saying in their already infamous "explanation" video about Deadpool 3.

Deadpool 3 featuring Hugh Jackman’s return as Wolverine is approaching. Following the shocking announcement, Ryan Reynolds posted a second video of himself and Jackman revealing specific details about the project before being drowned out by music. Luckily, a lip-reader and content creator named Jomboy may have transcribed the two actors’ discussion.

Even Jomboy himself admitted that everything said may not be entirely accurate. Basically, Reynolds and Jackman teased a lot of explosions, swords, and stabbing in Deadpool 3. That is pretty much what you would expect from a Deadpool project.

One exciting thing Jackman may’ve said was something along the lines of “we’re in our prime.” Perhaps this may suggest Jackman’s Wolverine appears in his normal, healthy state rather than how he appeared in 2017’s Logan. Reynolds also teased Deadpool 3 as a “totally separate thing, ” so there’s evidence to the matter.

Besides the show of thanks to MCU boss Kevin Feige, the video didn’t really reveal any specific details regarding Deadpool 3. Rumors of Jackman’s return as Wolverine began last year after he shared a photo of himself on social media reacting to a piece of news. Jackman and Reynolds have a close friendship dating back to their time working together on X-Men Origins: Wolverine.

There is still a lot to unpack about Deadpool 3. We reported through our most trusted and proven sources that veteran X-Men actor Patrick Stewart would reprise his role as Professor Charles Xavier in the upcoming third installment. However, other than Reynolds and Jackman, no other casting has been confirmed as of this writing.

There are also rumors of Brad Pitt appearing in the project. It’s unknown whether the actor would appear in a starring role or a cameo. Regardless, adding an actor of the caliber of Brad Pitt only increases the excitement for Deadpool 3.

For years, Fans have waited to hear news of Deadpool 3 since Disney purchased Twentieth Century Fox. Some speculated whether an announcement of the third installment would’ve been made at Disney’s D23 Expo. However, Kevin Feige made no such announcement, leaving many wondering whether the project was years out.

Then on September 27th, Reynolds announced that Deadpool 3 would be happening and that Jackman would return as Wolverine. Jackman last played the iconic X-Men character in Logan, where he played an older and grizzled version of himself. The actor stated that in the past, Logan was his last outing as the fan-favorite comics character.

Now that Jackman is finally entering the MCU, the speculation turns to how many projects he’ll be involved in. While Deadpool 3 is on everyone’s minds, there are the next two Avengers films, Avengers: The Kang Dynasty and Avengers: Secret Wars. It’s possible Jackman could make an appearance in either one of those films.

Deadpool 3 is slated to hit theaters on September 6th, 2024. We reported through our sources that Marvel is already working on Deadpool 4 and that Reynolds is on board for the project. Our sources also told us that Deadpool 4 would occur after Avengers: Secret Wars. 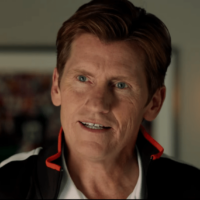 Denis Leary Was The Inspiration For An Iconic Marvel Hero