Popular actress Lindsey Pearlman recently and tragically passed away, and now a cause of death has been determined.

The body of actress Lindsey Pearlman, who’s been featured in projects such as Empire, General Hospital, and more, was found by Los Angeles police on February 18 in a vehicle near Runyon Canyon Park. The actress reportedly was last seen around noon on February 13 in the 1600 block of North Mariposa Avenue in East Hollywood. She had been missing for days until police found her near Runyon. According to Deadline, the Los Angeles County coroner’s office has listed the actress’s death as a suicide. The cause of death has been listed as “sodium nitrite toxicity.” The corner’s report obtained by news outlets claimed that “non-toxic levels of lorazepam, metoclopramide, and codeine” were found in the actress’s system.

An autopsy was performed on Lindsey Pearlman this past February, and the cause of death was initially listed as “deferred, pending investigation.” Now that the official cause of death has been declared, the case status is now listed as “closed.” During the first autopsy, Sarah Ardalani, a Los Angeles County Corner’s office spokesperson, said that the corner’s office was looking into what caused Lindsey Pearlman’s death. After the actress’s body was found, many of her General Hospital co-stars shared their condolences on social media. Pearlman’s cousin, Savannah Pearlman, wrote that Lindsey was “a fierce animal advocate and talented actress.” She asked any of her fans to donate to the Sante D’Or’ Foundation, an animal rescue and adoption center.

Lindsey Pearlman was a native of Chicago and a graduate of The Second City Conservatory. Before starring in major television projects, she was active in the Chicago theater community. Her first major television role was when she played Patti Sharp in the musical hip-hop drama Empire. She’d later land a reoccurring role in NBC’s Chicago Justice, in which she played the character Joy Fletcher. She also starred in General Hospital and was featured in Selena: The Series for Netflix. Interestingly, Lindsey Pearlman dabbled a bit into horror when she was featured in the television adaptation of The Purge. Her theater credits include roles in The Mouse Trap and Never the Bridesmaid.

After sending out a plea for the public’s help to find her, the Los Angeles Police announced that Lindsey Pearlman was found dead. Pearlman’s husband, Vance Smith, posted a heartbreaking message on Instagram after his wife’s body was found.  Smith wrote, “The police found Lindsey. She’s gone. I’m broken.” The actress’s death comes as authorities across the world are trying to understand why sodium nitrite continues to end up in the hands of vulnerable people. The New York Times reported that in the same month of the actress’s death, seven members of Congress wrote an open letter to Amazon, pleading for them to restrict the sale of sodium nitrite. According to the Times, the letter referenced the ” ease and swiftness” of obtaining the harmful compound.

Dr. Kyle Pries, a resident emergency room physician at Yale University, wrote in the journal Clinical Toxicology about the “slippery slope” of restricting the legal compound. What’s currently unknown is how many people have died because of the compound in the United States. According to Pries, the compound has become a growing method of suicide. According to a study released last year, sodium nitrite was blamed for the suicides’ of 23 people in Canada from 2019 to 2020. As for Lindsey Pearlman, her work contributions to projects such as General Hospital and Chicago Justice will be remembered by fans. 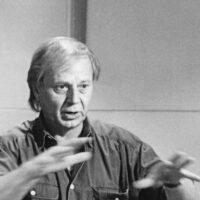 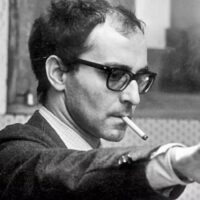 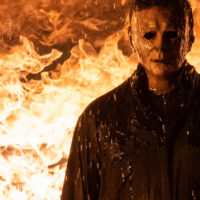