By Jose Hernandez | 12 seconds ago

It’s been a while since Lindsay Lohan has been in the spotlight, but it looks like she’s ready to jump back into it. It’s reported that the actress will star in a Netflix Christmas movie that will be ready for the next holiday season. Though the details for the film, tentatively titled Christmas in Wonderland, aren’t fully fleshed out, we do have some information on the cast and premise of the upcoming flick. The first images from the film were also just released and they offer a very different looking Lindsay Lohan.

According to Variety, this Christmas movie will be a romantic comedy. Lindsay Lohan will play a rich woman who gets into a skiing accident and suffers from amnesia because of it. Helping her throughout this ordeal will be the male lead of the movie, who will be played by actor Chord Overstreet. The website describes him as being a blue-collar worker who has a daughter.

Chord Overstreet, the love interest for Lindsay Lohan here, is an actor and singer rose who rose to popularity as a cast member of the TV show, Glee. Last year, he starred in the film The Swing of Things. In the film, a couple has to move their wedding to a new resort. Unbeknownst to them, it’s a swinger’s resort. This latest Netflix flick will have him back in the rom-com vein, though a little less racy than something about swingers. You can see him and Lindsay Lohan, looking very different, in the image below.

Apart from the two leads, Variety reports that the film’s cast will also include Olivia Perez, George Young, and Jack Wagner. The film’s director will be Janeen Damian who is making her feature film debut behind the camera. She’s been on as a producer in a number of other holiday films like The Christmas Waltz, Much Ado About Christmas, and A Princess For Christmas. The latter two she helped pen.

Lindsay Lohan hasn’t appeared in a film for a while, but this could be the start of her return. The last movie she was in was 2019’s Among the Shadows. In this film, she plays a vampire named Patricia Sherman. According to IMDB, the film’s plot revolves around a private investigator trying to solve a murder. However, the investigator is a descendant of werewolves. A movie on a major platform like Netflix could help as part of a career bounce back.

Before this, the last full-length movie she appeared in was The Canyons. A movie that tells the turbulent story of a love triangle in Hollywood. Although she hasn’t appeared in movies for a while, Lohan has been a part of a few TV shows in recent years. In 2019, she had a reality TV show titled, Lindsay Lohan’s Beach Club. The actress and singer was also a judge in The Masked Singer Australia.

Lindsay Lohan was a part of successful blockbusters in the past. Some of her most famous movies include The Parent Trap, Freaky Friday, and Mean Girls. Not only content with being an actress, she’s also a singer. Lohan has released two albums: Speak and A Little More Personal (RAW), along with numerous singles. It will be interesting to see if a foray into the Netflix movie streaming world will help bring her back to some other major productions. 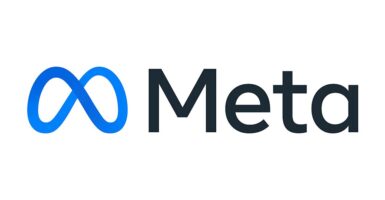 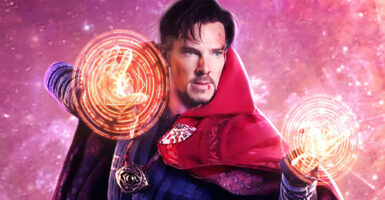 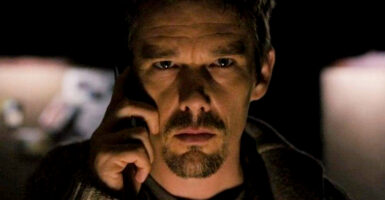