Riverdale actress Lili Reinhart and her co-stars, Madelaine Petsch and Camila Mendes, dressed up as the Sanderson sisters from Hocus Pocus 2 for Halloween. The photo-op comes after the sequel to the 1993 cult film released on Disney+ a month ago. Reinhart channeled her inner Sarah Jessica Parker and dressed up as the character her character.

The costumes come from designer Marco Marco. In the photo posted on Instagram, Lili Reinhart included the caption, “It’s just a little HOCUS POCUS. She also referenced a line said by Sarah Jessica Parker’s character, “Hang him on a hook and let me play with him.”

Madelaine shared a TikTok video of herself as one of the witches lip-synching one of Winifred’s lines from the original movie: “Oh look, another glorious morning. Makes me sick!” Lili Reinhart and her Riverdale co-stars wore the costumes to Vas Morgan’s Halloween Party in West Hollywood. Reinhart’s red velvet skirt, matching cape, and embroidered bustier are a call back to what Sarah Jessica Parker wore in the film. The actresses even took it further by dawning the same hairstyles as the Sanderson sisters.

Lili Reinhart and her Riverdale co-stars posted their costumes on their shared @blondebrunetteredhead TikTok account. A video shows Reinhart and friends singing and dancing to “I Put a Spell On You,” a song from the original Hocus Pocus film. The video was captioned with “Happy Halloween, witches.”

Lili Reinhart isn’t the only actress dressing up for this year’s Halloween. Nope, star Keke Palmer recently posted several photos and a video of herself as the famed X-Men character Rogue. This was a reference to a fan’s TikTok video pushing for the actress to get cast as the character in an upcoming MCU project.

As for what Lili Reinhart is up to, the actress recently starred in the Wanuri Kahiu-directed project Look Both Ways. The film premiered on Netflix and was met with fairly mixed reviews from critics who had issues with the story’s execution. Reinhart also appeared as herself in the Netflix original documentary Jennifer Lopez: Halftime.

One project that Lili Reinhart is unlikely to appear soon is another season of Riverdale. In March 2022, the series was renewed for a seventh and final season on The CW. Many popular shows on the network have suffered the axe after the merger with Nexstar Media Group. Greg Berlanti’s DC superhero show Stargirl was the latest to be sent to the chopping block.

In Riverdale, Lili Reinhart plays Archie’s longtime crush, Betty Copper. Betty eventually becomes friends with Archie’s ex-girlfriend Veronica and starts a relationship with Jughead. Reinhart began her Riverdale tenure in 2016 and beat out former Mad Men actress Kiernan Shipka for the role (though Shipka would later appear on the show as Sabrina Spellman in a crossover with The Chilling Adventures of Sabrina).

It’s funny to see Lili Reinhart give quite a shoutout to one of the Sanderson sisters considering they are having a bit of a comeback in Hollywood. Although Hocus Pocus 2 received mixed reviews from critics, it did perform exceptionally well on Disney+, having the service’s most-viewed premiere in the United States. With it being Halloween, the film will definitely be on many families’ watch list the night(that is, of course, they’re not planning on going trick-or-treating). 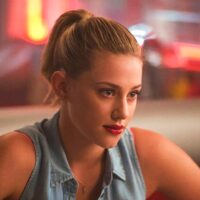 See Lili Reinhart Hug Herself In A Tight Designer Dress 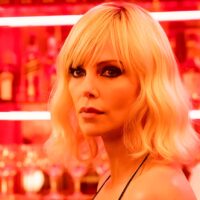 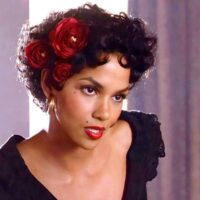 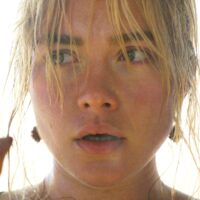