As we saw in 2018’s Black Panther and Avengers: Infinity War, Wakanda isn’t always a safe place. Now it looks the dangers of Marvel’s fictional African nation include stunt injuries, and unfortunately, that hazard is impacting the production of Black Panther 2, aka Black Panther: Wakanda Forever. Production on the Marvel film has been officially shut down while actress Letitia Wright recovers from an on-set injury.

The report comes from Variety, who says the offending injury is actually a few months old. Reports emerged in late August of Letitia Wright being hurt while shooting a stunt during overnight filming in Boston. The exact nature of the injury wasn’t disclosed though Marvel confirmed that Wright was briefly hospitalized. At the time, it wasn’t believed the shooting schedule would be affected. Apparently, whatever the injury was, it’s proven to be more serious than previously believed. While writer/director Ryan Coogler has been filming in Atlanta, Wright has been recuperating in London. Now, Variety reports Black Panther 2 production will shut down completely the week of Thanksgiving, and won’t resume until early 2022.

This news could fuel speculation that Letitia Wright’s character Shuri will succeed her brother in the role of the Black Panther. After the tragic passing of Chadwick Boseman, Marvel Studios president Kevin Feige confirmed the role of T’Challa would not be recast. While there’s still no firm word on how the film will handle Boseman’s absence, Feige’s announcement led to speculation that Shuri — much as she did for a time in the source material — would become the new Black Panther. The news that production on Black Panther 2 will completely shut down for at least a month because of Letitia Wright’s absence could suggest her character has a much larger role to play in this new story.

While shooting is delayed, Variety reports that thankfully, Marvel does not expect Letitia Wright’s injury to necessitate another delay in Black Panther: Wakanda Forever‘s release. In October we learned that — with the sole exception of 2023’s Guardians of the Galaxy Vol. 3 — Marvel’s entire post-2021 film slate had been pushed back. Black Panther 2, originally scheduled for July 2022, was instead pushed back to November 11, 2o22 — the slot originally held by The Marvels, which will now release in February 2023.

It could ultimately prove that a month-long break (at least, as we don’t know exactly what “early 2022” means) is precisely what Letitia Wright and the cast and crew of Black Panther: Wakanda Forever needs. For one thing, all of those returning from the first film have to contend with the emotional weight of Boseman’s absence. For another, reports have emerged that Wright had not made the filming of Black Panther 2 easy for her coworkers. First posting a 69 minute video to social media expressing anti-vaccination views and then allegedly continuing to express similar views on set, Wright has become one of the most controversial actors currently working on a Marvel production. 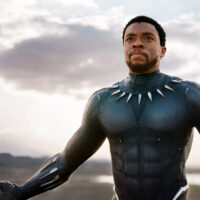