A Great Leonardo DiCaprio Movie Is Now On Netflix

Leonardo Dicaprio is known these days for taking some of the biggest roles out there and generally crushing it on screen with whatever he’s given. There’s a reason he’s sought after by the very best directors Hollywood has to offer like Martin Scorsese, Quentin Tarantino, and Chris Nolan to name a few. The dude is able to make star turns almost no matter the material.

He’s a major star because he’s majorly talented. But before he was a household name, DiCaprio started showing off the chops early in lesser-known films. One of those is hitting the screen on streaming this week and it’s definitely worth it to check out. What’s Eating Gilbert Grape? is on Netflix.

Leonardo DiCaprio doesn’t technically star in What’s Eating Gilbert Grape?, that goes to Johnny Depp and both actors give masterful performers. It’s the kind of movie that doesn’t get widely released as much these days, a slow-moving and sad film about a family struggling on a number of different physical and mental health fronts. Depp’s Gilbert Grape is a young man who’s the de facto head of his (poor) household because his mother (Darlene Cates) is morbidly obese and house-ridden while his youngest brother (DiCaprio) is severely mentally impaired.

It’s a deeply affected movie with Depp working through the soul-crushing weight of having to adult at too young an age. He’s responsible for too many people with severe issues while also wanting to simply live a young man’s life. But it’s clear in the movie that the love he has for Leonardo DiCaprio’s character (Arnie) is tantamount, a constant theme in the film. And it’s tough because DiCaprio’s Arnie struggles with his impairments which include severe development and physical delay. Arnie is essentially a child trapped in a (soon-to-be) man’s body.

Leonardo Dicaprio is masterful in the role, fully believable as a young man with a number of developmental delays. He was *only* 19 when they shot the film in 1993. It was really only his third movie role, coming on the heels of This Boys Life, marking the beginning of the star turn for the actor. He was even nominated for an Academy Award for Best Supporting Actor after stealing a number of heartbreaking scenes that detail the pain of living with these types of issues.

Driven by the performances of Leonardo Dicaprio and Johnny Depp along with Julliette Lewis and Mary Steenburgen, What’s Eating Gilbert Grape? was a major hit with critics scoring a 90% on Rotten Tomatoes and an 8.3 on Metacritic for a reason. It is a simple story driven by the sadness of the characters.

Leonardo DiCaprio has a number of different big movies in the works coming down the pike, collaborating with Martin Scorcese on an adaptation of Erik Larson’s The Devil in the White City as well as a biopic about Theodore Roosevelt. So sure, he’s still getting the biggest and best roles available, But it’s worth it to go back and check out a film that started putting him on the acting map. What’s Eating Gilbert Grape? is most definitely one to watch to see an actor just finding his footing and fully inhabiting a role. 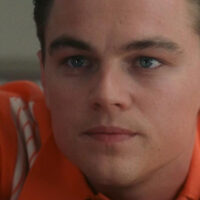 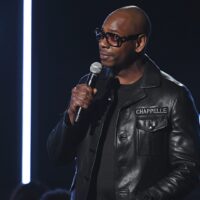 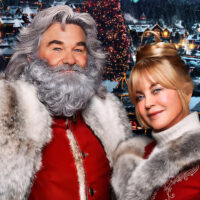 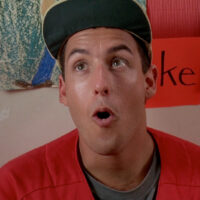