The highly anticipated Netflix action movie Gunpowder Milkshake is officially getting a sequel. The announcement was made during StudioCanal’s 30th-anniversary celebration at the Cannes Film Festival. The news (via The Hollywood Reporter) is a pretty big deal since the first movie, starring Lena Headey is still a week away from its release date. However, there’s still no word about which cast members could be returning and who will be taking on writing and directing duties for the sequel.

Meanwhile, Gunpowder Milkshake is almost ready to take viewers on a journey which will see a secret sisterhood come to the rescue of a mother-daughter assassin team. The female-led action flick stars Guardians of the Galaxy and Avengers: Endgame star Karen Gillan and Game of Thrones star Lena Headey as estranged daughter-mother assassins (respectively) who get thrown back together when one of them has to go on the run.

Directed by Navot Papushado from a script he wrote with Ehud Lavski, Gunpowder Milkshake is said to be reminiscent of popular films like Kingsman: The Secret Service and Wanted. Producers on the project include Andrew Rona and Alex Heineman.

The film’s story follows Sam who was only 12 years old when Scarlett (Lena Headey), her mother and an elite assassin, was forced to abandon her. As a result, the responsibility of raising Sam was left to The Firm – a ruthless crime syndicate her mother worked for. Fifteen years later Sam (Karen Gillan) is as efficient as she is loyal.

Following in her mother’s footsteps, the fierce hit-woman uses her talents to clean up The Firm’s most dangerous messes. But when a high-risk job goes wrong, Sam must choose between serving The Firm and protecting the life of an innocent young girl, Emily. With a target on her back, Sam is forced to reunite with her mother and a new group of assassins called The Librarians.

Starring alongside Karen Gillan as Sam and Lena Headey as Scarlet is Chloe Coleman as Emily, a young girl who is saved by Sam. Michelle Yeoh, Angela Bassett, and Carla Gugino star as The Librarians. The cast also features Paul Giamatti as ruthless crime lord Nathan, Ralph Ineson as Irish gangster Jim McAlester, and Freya Allan as a young version of Sam.

While a lot of movies get their sequels picked up before the release of the first installment, it’s still a rather special occurrence. In the case of the Lena Headey starrer, it means the studio has confidence that director Navot Papushado (Big Bad Wolves) has achieved something exceptional with Gunpowder Milkshake so that the story can continue into another film.

Moreover, the trailer for Gunpowder Milkshake did well with viewers, so the hype is definitely building for it. Karen Gillan and Lena Heady also have established fan bases due to their aforementioned roles, so there are a lot of folks who are eager to see them try something new.

Gunpowder Milkshake is scheduled for release on Netflix in the United States on July 14, 2021, and theatrically in other territories beginning on July 15, 2021. 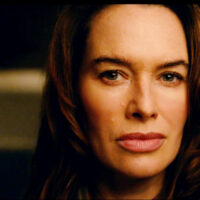