Netflix Is About To Lose All Of These Movies in November

Every month, Netflix giveth and it taketh away. While November will bring The Crown’s fourth season, Ron Howard’s Hillbilly Elegy, all seasons of Dawson’s Creek, and a slew of Christmas material to Netflix, let us not forget the ones we will lose in the upcoming month.

Understandably, on the week of November 1, Netflix will be losing some of its horror offerings, including 2010’s Don’t Be Afraid of the Dark, 2011’s Shark Night, and 2017’s Death House. Netflix will also be losing a trio of A24 films from 2015: Evan Rachel Wood and Ellen Page’s Into the Forest, the Matthew McConaughey and Naomi Watts mystery The Sea of Trees, and Krisha, the debut film from It Comes at Night director Trey Edward Shults.

The week of November 9 gets rid of a few more scary films for younger audiences, like 1991’s live-action The Addams Family, and the creepy animated 9. But the real loss is two great thrillers from the 2010s: the dark and disturbing Green Room starring Patrick Stewart as a Nazi, and the late Anton Yelchin, and Ryan Gosling’s 2011 neon-filled Drive.

On the week of November 16, Netflix will lose the found-footage cop drama End of Watch, starring Jake Gyllenhaal, while the week of November 23 will see Netflix getting rid of its entire Jeopardy! catalog, as well as Disney’s recent flop, The Nutcracker and the Four Realms.

See the entire list of what is leaving Netflix in November below:

With a former Best Picture winner, a great collection of A24 films, and a fantastic crime comedy trilogy – amongst many others – leaving Netflix in November, it’s time to start streaming and catch up before these films are gone for good. 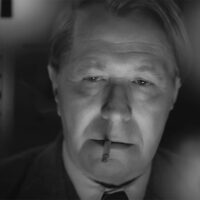 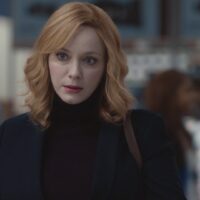 A Christina Hendricks Series Was Just Added To Netflix 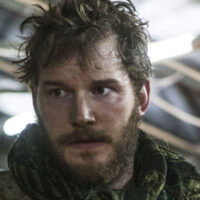