While the world of Star Wars comics and video games have openly LGBTQ+ characters, when it comes to the franchise’s cinematic world LGBTQ+ representation is pretty much non-existent in the galaxy far, far away. The scenario didn’t change after Disney acquired Lucasfilm in 2012 and there have been reports of squashing possible LGBTQ+ arcs by the higher-ups. But maybe there is finally a revolution in the world of Star Wars because both Marvel and Star Wars franchises have announced that Lando Calrissian, whom we first met in Star Wars: The Empire Strikes Back (Episode V), is an LGBTQ+ character.

Marvel Comics And Star Wars have both announced via official websites that Lando Calrissian is an LGBTQ+ character and thus will feature on one of their six Star Wars Pride Variant Covers.

The announcement, first reported by Bounding Comics, was made on the official Star Wars website via a blog post that presented the covers, including the one starring Lando Calrissian, and shared all the characters who will be featuring on the Pride variant covers. Star Wars: War of the Bounty Hunters #1, featuring rogue archaeologist, Doctor Aphra, Star Wars: Bounty Hunters #13, leader of the Alphabet Squadron, Yrica Quell, Star Wars: Darth Vader #13, presenting Imperial commander Rae Slone, Star Wars: The High Republic #6, with Jedi twins Terec and Ceret, Star Wars: Doctor Aphra #11, featuring bounty hunter/smuggler Sana Starros, and of course, the most important name, Lando Calrissian on the cover of Star Wars #14.

Marvel’s official website also announced the news, adding that this new artwork will be released throughout Pride Month. The covers will be featuring “stunning depictions of popular LGBTQ+ characters from throughout the Star Wars galaxy” along with the series’ titles decked in rainbow colors and the official Star Wars Pride logo.

The debate about Lando’s sexuality is an old one, something that gained more traction by the character’s sexual preferences ―  including men, women, and even droids ― in Solo: A Star Wars Story. What’s more is that even the co-writer of the 2018 film, Jonathan Kasdan, had confirmed that Lando is pansexual in a chat with HuffPost. The character of Lando Calrissian has been played by two actors- Billy Dee Williams in The Empire Strikes Back and by Donald Grover in Solo- and according to Kasdan, both portrayed the character with a certain sexual fluidity.

While the announcement of Lando Calrissian as an LGBTQ+ character is indeed empowering, especially because he is a character that has been a part of the Star Wars cinematic universe, the fact remains that the announcement came after the character’s story wrapped up in the films. It’s just like how Vice Adm. Amilyn Holdo, played by Laura Dern in Star Wars: The Last Jedi, was revealed to be queer in the tie-in novel Leia: Princess of Alderaan but the revelation was never made explicit in the film.

But as the Star Wars franchise is currently experiencing a breath of fresh under the tutelage of the likes of Dave Filoni and Jon Favreau, maybe we can expect Lando Calrissian to make a reappearance. Maybe this time, the character won’t just tease his pansexuality, and will instead be shown as an empowering example of LGBTQ+ representation in the world of cinema. 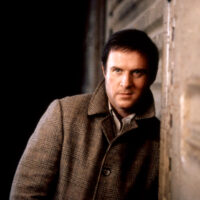