Fans have begun to speculate if Lady Gaga will be playing Rocket Raccoon’s love interest from the comics in the upcoming Guardians of the Galaxy volume 3. The long-awaited trailer for the third installment in the James Gunn-led trilogy dropped on Youtube this week and gave us a few key glimpses into the exciting new Marvel film. In one shot, we see what appears to be Lylla, the sentient otter, hugging her comic book soulmate Rocket, played in the MCU by Bradley Cooper.

Fans have been waiting a long time to dive into the rich back story of Rocket Raccoon, and see how comic accurate James Gunn would take his interpretation. According to The Direct, rumors about Lady Gaga’s casting have been swirling since the summer of 2019. The pop star previously worked alongside Bradley Cooper in the 2018 romance musical A Star is Born.

Lady Gaga has not officially been announced to be part of the project yet, but many people feel that Lylla would be the perfect fit for the pop singer’s excellent voice work. In the comics, Lylla serves as the heiress to Mayhem Mekaniks, the largest toy-making empire on her home planet of Halfworld.

Lady Gaga aside, while it has not yet been stated in the MCU films, Rocket Raccoon is canonically from Halfworld as well, along with a series of bipedal sentient animal species. Based on a series of other shots in the epic trailer, it seems like we’ll be getting a lot more of Rocket’s backstory in this installment.

In the trailer, we aren’t graced with Lady Gaga’s wonderful voice, but Lylla only appears in a blink-and-you-miss-it embrace with Rocket, so there’s no way to tell who may be voicing her at this time. The trailer also features an uncharacteristically dour atmosphere surrounding the wacky band of lovable misfit heroes, as Rocket quips to Chris Pratt‘s Peter Quill and crew “I’m done running.” and “We’ll all fly away together… one last time.” This speech combined with Groot’s badass new look may signal that it’s truly the end of the line for the rag-tag space adventurers.

The details of Guardians of the Galaxy Volume 3 have been kept tightly under wraps (Lady Gaga’s status and all), likely because the film is set to be the last James Gunn-led Marvel movie before he returns to helm DC’s next chapter in their superhero universe alongside Dwayne Johnson. This news comes in the wake of Gunn’s highly favored The Suicide Squad film outperforming many of DC’s flagship movies such as Justice League and Batman V. Superman. Gunn’s history with Disney has been in question ever since he was initially removed from the third Guardians film and eventually reinstated following a controversy in regard to offensive tweets from the director unearthed by internet sleuths from over a decade ago.

For now, much of the film’s casting remains a mystery, but fans can agree that Lady Gaga would be a huge get for the Marvel film, especially in a role that puts her romantically alongside Bradley Cooper, which the two have played so well in the past. Either way, for more pop culture news and updates, stay plugged into Giant Freakin Robot! 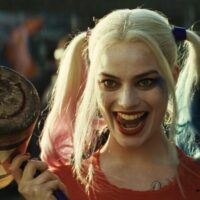 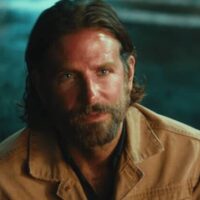 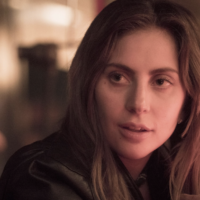