If you were a series or movie from the 1980s you have to just be a little insulted if your brand hasn’t been rebooted in the present. That’s the way we are rolling in Hollywood and other places these days. What was old is new again with every studio and streamer clawing over themselves to produce as much content as possible. The latest in the reboot line is going to be L.A. Law and it looks like they are bringing back an original cast member for the lead in the new series. According to Deadline, that’s going to be Blair Underwood who will reprise his role as Jonathan Rollins.

The L.A. Law reboot will air on ABC, a new home considering the show originally aired on NBC 35 years ago. The series followed the trials (literally and figuratively) and tribulations of the firm McKenzie, Brackman, Chaney, and Kuzak, but obviously, the show’s title summed up perfectly what they were trying to accomplish. It was an ensemble cast featuring the lawyers and other folks in and around the firm with different stories about the relationships and clients in the sun-drenched city. Blair Underwood starred on the show starting in the second season and lasted through the finale in Season 8.

L.A. Law was created by the great Steven Bochco and Terry Louise Fisher. Bochco was coming off resounding success with Hill Street Blues and created L.A. Law to considerable critical acclaim. It was one of the first series to take the story of a law practice seriously, working for relative realism in the genre which was rare at the time.

In addition to Blair Underwood, the cast had a number of famous names over the years. Jimmy Smits, Harry Hamlin, Corbin Bernson, and Susan Dey all were featured during the series Richard Dysart, Alan Rachins, Jill Eikenberry, and Michael Tucker lasting all eight seasons on the show. L.A. Law would win numerous Emmy Awards including Outstanding Drama Series which it took home four times. Bochco would later go back to the police precincts when he developed NYPD Blue a few years later. Another of his famous shows, Doogie Howser, MD is set for a reboot as well. His son, Jesse, is helping develop this L.A. Law production getting off the ground.

And it looks like this L.A. Law reboot is in good creative hands the second time as well. Arrow creator Marc Guggenheim is on as an executive producer but also wrote the pilot episode. Anthony Hemingway will be on to direct the pilot after working recently on series like American Crime Story, Glee, The Purge, Empire, and Shameless among many others.

Though Blair Underwood is reprising his role and is apparently now the head of the firm, according to the Deadline reporting, the story will now be about how he interacts with some of the younger hotshot lawyers in the crowd.  Some of those casting decisions are waiting to be made now that the show has been greenlit by ABC. It’s likely that the new show follows much of the same arc of the original, telling the story of the relationships within the firm, as they work through some timely cases based on the topics of the day. More news is sure to hit soon about how the rest of the L.A. Law series is rounding out. 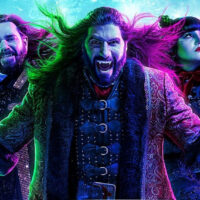