When Spider-Man: No Way Home was all wrapped and finished, completing one of the true movie feats of all-time in reuniting nearly every prominent character from previous iterations of the franchise there was one glaring omission. Kirsten Dunst didn’t reprise her role as Mary Jane Watson even though it’s obvious that she would have been one of the people who “knew” of Peter Parker in that universe. Though the movie was a complete success (understatement) it did seem like they could have shoehorned her into the mix in some fashion. Now, Kirsten Dunst has left the door open on that possibility in a future movie, and there could be a return for the character at some point.

While speaking with the Deadline series Actor’s Side (via ScreenRant) Kirsten Dunst did talk about the possibility of one day returning to the franchise. During the run-up to No Way Home, she had been clear about not having a role in the movie, though admittedly so were Tobey Maguire and Andrew Garfield, so it was tough to take anyone at face value on that side of things. But in the most recent talk, Dunst said:

“There’s still time. I mean, listen, no one’s asked me about anything, but I do think that, I mean, this Multi Universe keeps going on and on so I feel like that could happen. I know nothing, by the way.”

This kind of response is likely the correct one in wanting to keep things open on the Spider-Man universe and she clearly at least understands the implications of bringing the character back into the mix. But in terms of stepping back into the role for a future project, that doesn’t appear to be in the cards at least in the short term. And now that there exists the possibility that the Multiverse could be open for quite a bit of time in the Marvel Cinematic Universe, there’s a chance we get some kind of reunion with her and Tobey Maguire. Especially after the latter alluded to their relationship in No Way Home.

Kirsten Dunst played Mary Jane Watson through three Spider-Man movies, the original trilogy of films that helped usher in the age of true comic book films. The relationship between her character and Maguire’s Parker was a key throughline in that series of movies. It wasn’t totally clear, by the end of those films where their relationship stood, though there seemed at least a chance of a reconciliation there. But Peter-Two from No Way Home does suggest that their relationship did end up standing the test of time. From this perspective, it would make total sense to get her character back at some point.

As for Kirsten Dunst and her non-Spider-Man work, I think we can agree things are going pretty well on that front. She is currently up for Best Supporting Actress at this year’s Academy Awards for her role in Power of the Dog. It is the nomination of his career. She joins castmates Benedict Cumberbatch, Jesse Plemons, and Kodi Smit-McPhee who all received individual nominations as well. We will see if she is able to take home some hardware and maybe one day we will get a return to her Mary Jane Watson character. It would seem long overdue. 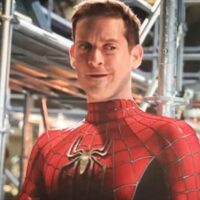