Kiernan Shipka made the move from Sally Draper on Mad Men into a starring role as the titular with on Chilling Adventures of Sabrina. It was a quasi-reboot of the late-90s show about the character of the same name though with a totally different feel. It looks like she might stick in the role though not on a show of her own. There are rumors that the actress could reprise the part in the upcoming season of Riverdale. She might no longer have her Netflix show, but in the current world of overlapping franchises and storylines is any character ever really truly gone?

In an interview with Riverdale showrunner, Roberto Aguirre-Sacasa, ET had a number of questions about the former show’s current timeline as it enters into its fifth season. Fans will know that the high school show is set to make a time jump into the present day with the characters now graduated from the titular school and off in the “real world”. That led to a question about Kiernan Shipka and whether she’d reprise her Sabrina role considering they all technically live in the same universe. Aguirre-Sacasa was coy with his answer saying the official talks hadn’t taken place, but the possibility existed now more than ever.

Technically, Riverdale and Chilling Adventures of Sabrina are both original works from the Archie Comics house so there’s some overlap already in the two stories. Kiernan Shipka never appeared in Riverdale while the shows were running concurrently, but that could be set to change if the Riverdale world is set to expand with a new set of stories. And it is especially possible if Riverdale breaks from the insular nature of the program. If anything, bringing Shipka into the fold would really lend a certain amount of intrigue considering her backstory and set of “powers” lends a more magical element to the proceedings.

And geographically, there is overlap between these characters and towns as well. Greendale, where Kiernan Shipka as Sabrina lives, is technically the neighboring town to Riverdale. Not like shows need much in the way of explanation with this kind of thing, but there’s at least something of a baseline to begin overlapping the characters. Even for a cameo part, this would work pretty easily. The comics have had plenty of crossover story arcs as well with some characters moving back and forth between the two places. Like other comics, the towns tend to be their own “worlds” in and amongst themselves, but that doesn’t mean stories can’t dovetail.

Kiernan Shipka played Sabrina for two seasons on Netflix before Chilling Adventures of Sabrina was ultimately canceled by the streaming platform. It offered a darker version of the character than the original, late-90s Melissa Joan Hart version we saw on Sabrina the Teenage Witch. Shipka helped bring a turn to the character and the show had a decidedly different feel than the original. It was met with mostly positive reviews for the only two seasons which were broken into four total parts. Ultimately, it was canceled after 37 total episodes but averaged 82% on Rotten Tomatoes during that run.

Whether Kiernan Shipka does return as Sabrina remains to be seen. But there’s been enough groundwork laid here to make it a pretty easy character to bring into the mix and considering both were part of the Netflix stable already, it almost seems likely to happen. 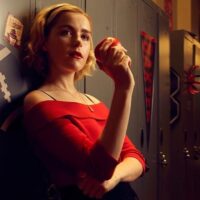 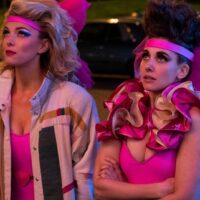 Netflix Forced To Apologize For An Offensive Message 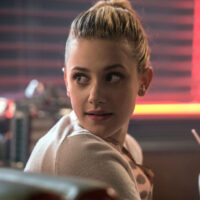