By Charlene Badasie | 23 seconds ago

Ever since the Kick-Ass comic book series was adapted for the big screen, fans have been eagerly waiting for the third installment. The first movie was directed by Matthew Vaughn (of X-Men: First Class fame) who also served as a producer on the sequel. In a recent round table interview for his next project, Vaughn revealed his plans for a Kick-Ass reboot.

In an interview with ComicBook.com, the director said folks can expect big things coming saying, “Oh, you’ve got a big reboot of Kick-Ass in two years.” Although he was unable to share too many details, Vaughn did say the film was ready to go. He added that once a few issues surrounding the publishing rights are sorted out, he will be ready to reboot the franchise.

Speaking about his decision to reboot the movies instead of doing Kick-Ass 3, Vaughn said it was due to what was acceptable in the superhero genre. “The clue is in the title. Kick-Ass became a new type of genre. When we made it, everyone was like, ‘Oh, you can’t make R-rated superheroes.’” Vaughn went on to explain how he dared to make the movies anyway. He knew it could possibly cause controversy because some people would hate it. But he also knew just as many people would love it. He was right on both counts.

Now, thanks to the success of R-rated superhero movies and series like Deadpool and Doom Patrol, Kick-Ass doesn’t look as problematic as it did back in 2010. Additionally, Vaughn said while he’s not ruling out the old cast, he’s going to need a very brave actor or actress for the new Kick-Ass because it could terrify them.

Released in 2010, Kick-Ass was billed as a dark superhero comedy. It was based on the comic book series of the same name by Mark Millar and John Romita. The movie was directed by Matthew Vaughn from a screenplay he co-wrote with Jane Goldman. The film starred Dave Lizewski, Chloë Grace Moretz, Aaron Johnson, Nicolas Cage, Mark Strong, and Christopher Mintz-Plasse.

The story followed Dave Lizewski, an ordinary teenager, who sets out to become a real-life superhero called Kick-Ass. After stopping a few common criminals, Dave gets caught up in a bigger fight when he meets Big Daddy – a former cop on a quest to bring down crime boss Frank D’Amico and his son Red Mist. But Big Daddy has help from his eleven-year-old daughter who he’s trained to be a ruthless vigilante called Hit-Girl.

Following its release, Kick-Ass caused quite a stir for the profanity and violence performed by child actors. However, despite the controversy, it was well-received by critics and audiences. The film earned an impressive $96,188,903 at the global box office and won the 2011 Empire Award for Best British Film. The movie also gained a strong cult following after being released on DVD and Blu-ray.

Due to its success, a Kick-Ass sequel was released in 2013. But this time it was written and directed by Jeff Wadlow, with Matthew Vaughn serving as producer. Chloë Grace Moretz, Aaron Johnson, and Christopher Mintz-Plasse reprised their roles for the film. Vaughn announced his intentions to reboot the series in 2018. We could be getting more specifics on the reboot in short order. 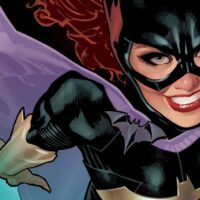 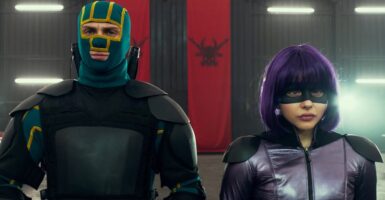