Kevin James has never been a critical darling, but how movies are reviewed doesn’t always correlate with what they do at the box office. And when it comes to churning out a profit on sophomoric laughs, James has the skills to pay the proverbial bills. So it’s not all that surprising that we are getting another movie in the franchise of his most notable character. It looks like we’ll be seeing more law enforcement in a shopping setting with James in the early stages of making another Paul Blart: Mall Cop movie.

Kevin James returning as Paul Blart would mark his third turn as the titular character. There isn’t much in the way of news right now on where they are in development, but it’s not a shock that folks would have the incentive to bring this character back onto the screen considering the relative success of the previous iterations.

The original Paul Blart: Mall Cop came out in 2009 and was the idiotic story of Kevin James playing a disenfranchised mall security guard who once had dreams of joining the state police force. But things didn’t go his way and now he’s riding around on a Segway enforcing standard mall rules. He’s able to stop a heist at the mall through a series of silly maneuvers. The flick is appealing if you are around 10 years old (or think like one) and it bombed with critics. But it crushed at the box office, earning $183 million on just a $26 million budget.

The financial success led to Kevin James reprising the role in a sequel, Paul Blart: Mall Cop 2. This one had more of the same sophomoric exploits except they go down in Las Vegas instead of New Jersey. Again, critics lambasted the movie with it finishing at 5% on the Tomatometer. But, again it was a cash machine, earning $107 million on a $30 million budget. There’s no doubt folks have an appetite for these kinds of films.

So getting Kevin James back as Paul Blart makes a lot of sense for the actor and friend Adam Sandler’s film house, Happy Madison Productions. The company produced the first two movies in the franchise. And Kevin James has been involved in a number of their other films including Hubie Halloween, Sandy Wexler, Pixels, and both of the Grown-Ups films. He’s a staple in their stable.

We don’t know where the next Paul Blart movie will take Kevin James’s character but it’s sure to be somewhere silly and moronic. That’s fine, not all movies need to be award-winners. In the meantime, James is set to star in the Netflix series The Crew. In the laugh track sitcom, he’ll play the head of a NASCAR pit crew who just inherited a new boss that’s causing issues in their racing life. That show is set to hit the streaming platform on February 15th.

Kevin James remains one of the busier actors around and adding another Paul Blart: Mall Cop would likely be another financial windfall for the actor. Even if the movies are unbelievably silly. 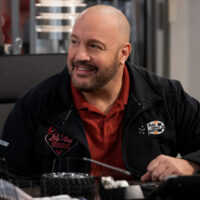 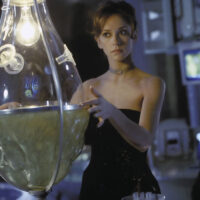