Considering he is playing a cattle rancher on one of the bigger programs out there, effectively a modern-day cowboy, you’d think Kevin Costner would be a fan of the Western movie. Heck, he’s taken part in some of his own. He cuts the right cloth when it comes to the hat, denim, and boots so the dude is into the genre, right? Wrong. Costner is basically on the record saying that Westerns aren’t for him and, in fact, there have only been a couple of good ones ever really made.

While sitting down for an interview with Good Morning America, the topic of Westerns came up for the actor and he was happy to give some of his thoughts about these movies. In general, he seems to think the movies that are often made in this genre tend to miss the point about what life was actually like at the time. Costner is fine with certain aspects, like the scenery, wide-open country, and other pieces that made the range at the time a rather beautiful place. But he tends to think that often filmmakers will overlook just how dangerous it was as well. Check out what Costner has to say about these films.

It’s worth noting that before launching into what he doesn’t like about Westerns, Kevin Costner does say there are certain things that draw him into those kinds of movies, and it isn’t the gunfights or the bravado. Rather he believes this period of time they are depicting has a “language” to it that makes it very literary. He also says he appreciates the “randomness” of the time in what he qualifies as the Old West. Because the frontier was unknown and in some ways, unexplored by early settlers who were making their way there following the Civil War.

Kevin Costner qualifies that while he likes Westerns as an idea, he really only like “5 to 10” saying that few really hit the mark. The standards for Costner are higher here, with his expectations around what should be put on screen ramping up because of the background. For what it’s worth, he doesn’t mention in this section films like Dances Wolves that saw him as the very kind of character he described above. Here’s what he had to say:

“I won’t tolerate bad language, meaning literacy, of a Western on TV or in film. I hate it. I don’t like it when it’s dumb…a Western should be to actually frighten you…Sitting down in the dark watching something and thinking, ‘That could have just happened to me, and I don’t know what I would have done.”

Again, it’s easy to see why his expectations around movies set in this time period are heightened. It’s clear he’s done research on the actual state of the world during this time period. And from that perspective, maybe he’s turning up his nose some to what many filmmakers do when handling these types of movies. But he’s also not wrong at all. Movies sometimes look at the Old West with rose-colored glasses. Heck, these are movies after all.

And Kevin Costner, for his part, is starring in a unique look at the geographic region, if not the time period right now in Yellowstone. He plays John Dutton, the largest ranch owner in Montana, and how the business intersects with nearly all parts of the society in that region. It’s become a wide-ranging story with the Dutton clan a part of the machinations of not just the local arena, but the state as well. While it’s more lawful than what Costner mentions, it doesn’t mean it’s safe. From this perspective, he probably tunes into his own show. 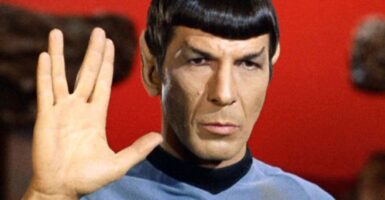 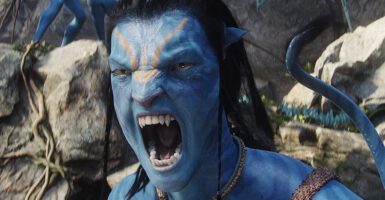