Kevin Costner Tried To Erase One Of His Movies From History

Today, actors and everyday people all have the understanding that if we are recorded doing something, it pretty much lives forever online. We have very little control over where and how that might show up. While that doesn’t stop a lot of people from doing very embarrassing things, we do generally expect people to know that this is the reality of our times. Back in the late 1970s, things were different. At the time, Kevin Costner was a young and unknown actor, ready and willing to do anything to help him climb up the Hollywood ladder. He joined the cast for Malibu Hot Summer (also known as Sizzle Beach, U.S.A.). At the time, he clearly had reservations about this movie, but it was his big shot! So he signed on, much to his regret.

One of the things Kevin Costner was so nervous about on this production was that he had to be topless on screen. The actor was 24 years old and uncomfortable taking his shirt off and doing a sex scene with a topless actress. While he was uncomfortable, and today is known for never taking his clothes off on screen, the crew gave him a bottle of wine and he did it. At first, coming off that movie didn’t seem to matter. It didn’t release. Kevin Costner moved on to other projects and stuck to ones where he could wear his clothes and do work he liked better. But then, after he became well-known in bigger films, he went back and tried to purchase the rights to the yet-unseen film. By then though, Troma Entertainment unexpectedly had a movie starring Kevin Costner, no longer some random 24-year-old kid but instead a well-known actor. They refused to sell.

After that, Kevin Costner faced some new challenges. The director, Eric Louzil, wanted to use some of the unused footage of the actor from Sizzle Beach in his next movie, Silent Fury. Fortunately, Troma Entertainment wouldn’t let the director move forward with it. Louzil acknowledged it was exploitive, but didn’t see a problem with that. The studio, however, wasn’t interested in being sued by the actor.

While Kevin Costner found Sizzle Beach U.S.A to be an embarrassing movie, it isn’t something that has in any way derailed or defined his career. In fact, many may have assumed that if Costner was trying to erase any movie from his legacy, it would be Waterworld. The movie is often considered one of the worst from Costner, and sometimes one of the worst mistakes in Hollywood ever. It’s usually referenced as a good reason to never make a movie that takes place on the water.

These days, Kevin Costner seems to have his career sorted out. While Yellowstone season 4 missed its normal summer release date, the next season of the popular series is said to be releasing during the holidays for 2021. This is to the delight of many. Yellowstone has fast turned into one of the most popular series on streaming. With a long legacy behind him, and new projects still happening today, it’s hard to imagine Costner loses much sleep over his regrets on Malibu Hot Summer. 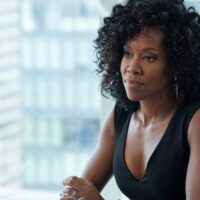 Regina King On Whether She’s Directing The Next Superman Movie