Imagine it is the year 1995 and you are Kevin Costner. The last eight years have been incredible for you, just peak of success after peak of success. You broke out to audiences co-starring with the legendary Sean Connery in Brian De Palma’s The Untouchables. You became America’s cool Midwestern dad with the baseball fantasy hit Field of Dreams. The very first film you directed, Dances with Wolves, was a cultural phenomenon, nominated for 12 Academy Awards. It pulled off the rare trick of winning both Best Picture and Best Director. Since then, you managed to pull off being Robin Hood with an Orange County accent and played Whitney Houston’s bodyguard in a movie that made every mother in America need a few minutes. Sure, your Wyatt Earp biopic got swamped by the competing Kurt Russell Tombstone, but what’s the worst that can happen? Well, Kevin Costner, the worst that can happen is Waterworld.

But make no mistake: we are not here to bury Waterworld, but to praise it. In the years since its very troubled production and the cultural schadenfreude of its release, Waterworld has been a dark shadow on Kevin Costner’s career. Along with its spiritual sister film The Postman, it heralded the end of Costner’s Imperial phase, when it seemed he could do no wrong. The next few decades of his career would largely be disappointments like For Love of the Game and 3000 Miles to Graceland, eventually turning into supporting roles in Man of Steel and Jack Ryan: Shadow Recruit. He was no longer the star, but the figure in the background. Costner has made a major turnaround in the last few years by turning to television and putting a cowboy hat back on, starring as John Dutton, the patriarch of a family of ranchers in the Paramount hit series Yellowstone. So what is up with Waterworld?

Here’s the thing. Waterworld cost a ridiculous amount of money and was a nightmare to make because it is wildly ambitious in a way few films are. Nowadays, a big-budget science fiction film is difficult to make unless it has a Marvel or Star Wars brand, and almost certainly doesn’t get made from an original story. It is to the credit of everyone involved that such a weird and bleak movie was able to ever make it to theaters, let alone with the craft and action that it does.

Waterworld brought a fully-realized future world to the screen. The drowned world presented is a stark, filthy, and ruthless one. It is populated by water-breathing mutants who drink their own reclaimed urine and are willing to ruthlessly kill to survive, and that’s just Kevin Costner’s character. The hero of the film is introduced as a rogue loner, but not the charming Han Solo type. Instead, his first scenes are a tense standoff with another scavenger that ends up with a pirate gang of chain smokers murdering one of them after they both lie and undercut each other. There’s no honor or mercy in this world, just quick, hard, dirty decisions.

Kevin Costner went boldly against type by portraying his character, The Mariner, as unsympathetic as possible. By the end of the film, he has managed to bond with some fully human survivors and saved the day against Dennis Hopper’s maniacal warlord, but he is nearly as taciturn and silent then as he is in the beginning. While he and a small band of people manage to find a small patch of dry land for them to live on, he sails away into the distance, implicitly never to see them again. The world is not saved, just maybe a few people live a little longer. It’s bleak and relentless and America wasn’t having it.

Waterworld is the moment when America decided that Kevin Costner was no longer a boyishly charming multi-hyphenate and was actually a power-mad control freak. The production of Waterworld was a notoriously difficult one. The project had its genesis in writers Brad Krevoy and Peter Rader sitting down to try to come up with a rip-off of the grim future dystopia of Mad Max. Kevin Costner and his frequent collaborator Kevin Reynolds got involved. There were many re-writes and eventually a young script doctor named Joss Whedon was brought in for what he would later describe as a terrible gig (and allegedly he knows something about bad working conditions on set). Costner and Reynolds even went so far to hire Mad Max 2: The Road Warrior’s director of photography to get their image of a ruined future just right.

Kevin Costner ended up essentially directing the film, with Kevin Reynolds eventually quitting under the pressure of the star’s demands (though Reynolds is still credited as director). Waterworld went massively over budget, eventually costing nearly $200 million (equivalent to approximately $372 million in 2022). Word of the problems on set (which also included a mid-production hurricane and Costner nearly dying in a storm) began to leak in the press, and the movie was being presented as an Ishtar or Heaven’s Gate level failure before it was even released. And to be fair, it kind of was. Waterworld grossed a comparatively paltry $88 million, nowhere near to recouping costs and definitely not what an A-lister like Kevin Costner was used to. It took decades of rentals, DVD sales, and video game tie-ins for it to eventually turn a profit.

Waterworld took its toll on Kevin Costner’s career, but it is also an apex of 1990s practical effect filmmaking and ambition. It has strange moments of beauty, like shots of the Mariner’s trimaran sailing against an endless vista of water. It has hints of horror in giant mutated predatory fish and haunting glimpses of a destroyed civilization below the waves. It has bizarre choices, like Dennis Hopper’s weirdly chummy, good-humored monster of a villain. It has, once again, Kevin Costner drinking his reclaimed urine. In short, it is a movie like none other, and that is a masterpiece of a kind. 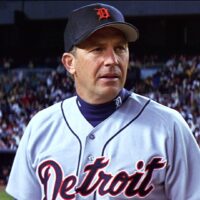