See The Joker Weep In A Touching Kevin Conroy Tribute

This fan art is a Kevin Conroy tribute showing the Joker in the style of Batman: The Animated Series saying goodbye.

Since his passing, there have been some lovely Kevin Conroy tributes but this one posted by Instagram user MJ.Hiblen ART might be one of the most touching yet. The simple, yet powerful image depicts the version of the Joker from Batman: The Animated Series holding Batman’s cape and wishing his long-time nemesis a teary goodbye. Although Batman and the Joker have an antagonistic relationship in the comics and the show, this image hits hard knowing how close Mark Hamill, who voiced Joker, and the rest of the cast and crew of Batman: The Animated Series were to Conroy.

Of course, the real Mark Hamill had a touching Kevin Conroy tribute of his own after the announcement of Conroy’s passing (via Collider). Hamill talked about his love for Conroy and his admiration for his performance as the Caped Crusader, saying “He will always be my Batman.” Plenty of other actors, writers, and others took to various social media platforms to pay their own tributes to Conroy.

It’s not surprising that so many are taking to social media to make Kevin Conroy tributes of their own. Hamill isn’t the only one who considers Conroy’s work to be one of the most definitive iterations of Batman. Although he’s best known for his fantastic work on Batman: The Animated Series, he has reprised the role for various other DC animated projects including Batman Beyond, Justice League, Batman: Mask of the Phantasm, and the Arkham video game series.

There are sure to be many more Kevin Conroy tributes to come, as the beloved actor will be missed by many for his natural, earnest portrayal of everyone’s favorite broody superhero. Conroy had a particular talent for easily switching between Bruce Wayne’s different personas as a playboy billionaire, a troubled man, and the man under the mask. While every actor who has played Batman brought a unique take to the role, Conroy probably gives one of the most complete portrayals of Bruce Wayne/Batman, nailing all of the character’s nuance and layers.

The Kevin Conroy tribute posted by MJ.Hiblen ART shows how deep the fan love is for Conroy’s portrayal of Batman, as the comments also show how affected people are by his passing. Before his passing Conroy was in the process of voicing Thomas Wayne for the upcoming animated series Batman: Caped Crusader created by J.J. Abrams, Matt Reeves, and Bruce Timm. However, Warner Discovery opted to not air it on HBO Max or Cartoon Network and it is being shopped out to other outlets, so it’s unclear if Conroy had finished his voicework or if we’ll ever get to see the series at all.

Fortunately, you can still catch plenty of Conroy’s other performances on HBO Max, as they have a pretty robust collection of DC animated films and series, including Batman: The Animated Series. If you haven’t seen it before or if you haven’t revised it in a while, the whole series and the film Batman: Mask of the Phantasm are well worth the watch. Perhaps watching some of his best and most iconic performances is the most fitting Kevin Conroy tribute of all. 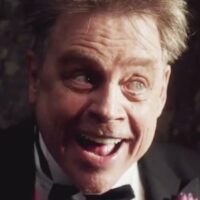 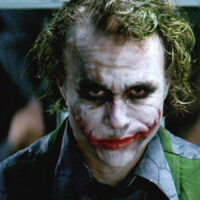 Joker Doesn’t Belong In An Asylum, According To Real Psychiatrist