Blumhouse has certainly been a mainstay in horror films, especially recently. The production company has continuously put out rather unsettling and different ideas when it comes to the horror genre. The most recent is that of The Black Phone, which stars Ethan Hawke. The film has been getting some great reviews. However, a brand-new and very contemporary Blumhouse horror film is set to debut next month. This film is called They/Them and stars Kevin Bacon. The whole film looks to be revolved around a creepy conversion camp that might not be what it’s advertised as. You can see the trailer below:

We want to point out the amazing title of the film. They Slash Them is fantastic. Kevin Bacon plays the part of Owen Whistler, head of Camp Whistler. The premise of the film is that several people of the LGBTQIA+ are forced to attend a conversion camp, as their parents are likely hoping they can be turned heterosexual in some weird way. However, the facility uses some alternative and scary ways to attempt to convert these campers. The camp counselor is reminiscent of Missy Armitage in Get Out, and she might be trying to hypnotize the campers she comes across. There also seems to be a quick moment of a generator being turned on as well, meaning we might be seeing some awful electrotherapy done to these campers. That is not to mention the killer with the stitched-up mask that hunts everyone down throughout the end of the trailer.

We are not entirely sure if Kevin Bacon is going to be the killer in this new film, but someone is attempting to hunt down these campers in what is likely to be some gory kills. Blumhouse is quite good at ensuring the brutality in its horror films. What is interesting is this film is set to debut on Peacock, which has been ramping up more horror content. Peacock is the home of the new Chucky revival series, and it will now host the new Blumhouse horror film.

They/Them is not the first horror film that Kevin Bacon has starred in. He famously starred in the hit 1990s film, Tremors. He was also the protagonist in a murder mystery thriller called Stir of Echoes. He was also in the first Friday the 13th, Flatliners, and Hollow Man. Sure, some of those lean more heavily into science fiction, but the man’s resume speaks for itself. We are more than excited to see what he brings to the table in They/Them. Again, we are not going to assume that he is the killer in this film, though his camp might be up to some nefarious practices.

They/Them debuts on Peacock on August 5th. The film stars Kevin Bacon, Carrie Preston, Anna Chlumsky, Theo Germaine, Quie Tann, Austin Crute, and Monique Kim just to name a few. The horror genre seems to be ramping up its social commentary with the subject matter that appeals to the current generation. Fresh took on modern dating, and now They/Them takes on gender identity and LGBTQIA+ representation while taking a much deeper horror spin on those elements. We are excited to see this one. 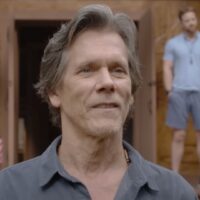 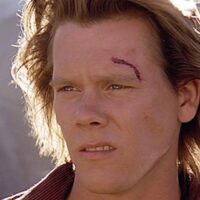 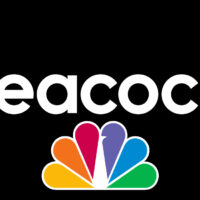 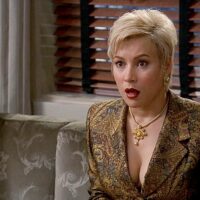