Keanu Reeves To Play An Iconic Spider-Man Villain, Offer Out

This past summer we learned that a famous Spider-Man villain will be getting his own spinoff movie. Now, insider Daniel Richtman and The Illuminerdi are claiming Keanu Reeves has been offered the role of the main character. With the offer out there, we may end up seeing Reeves finally join the Marvel Cinematic Universe as Kraven the Hunter.

It’s a good time for people who like their comic book-based movies to star antiheroes. We have Joker, The Punisher, soon we’ll have Black Adam, and now, Kraven The Hunter, possibly starring Keanu Reeves. Kraven is an adversary for Spider-Man and so typically set up as the villain. When you look up his character, you may see a line of dialogue like, “I’m here to hunt the one you call Spider-Man. And I’m going to kill him with my bare hands.” This of course sounds more villain-like. When we get a closer look at him he is usually more the antihero type, which makes sense for a solo movie these days.

Would Keanu Reeves be a good fit for the character? That’s a touch questionable. Keanu Reeves may be a fun fit for an antihero type. And of course, he’s a major star. However, he’s not as bulky as one might expect Kraven the Hunter, aka Sergei Kravenoff, to be. The character is a big game hunter who likes to take down elephants, cheetahs, and people who tick him off all using his bare hands. He sometimes does use weapons, but why would you when you can go for the more impressive slapping of a cheetah?

Keanu Reeves may not be the hulking giant we would expect to see wrestle an elephant. However, he is an actor familiar with action movies. He’s due to show up in the Marvel Cinematic Universe with a fun character at some point. He seems like he’d have fun playing an antihero type as well.

Currently, we’re waiting to hear more about the rumored offer to Keanu Reeves and whether he intends to take on the role. What we know so far about the Kraven The Hunter movie is that J.C. Chandor will be directing. Chandor was responsible for the movie Triple Frontier. We also know that the script is coming from Richard Wenk who worked on The Expendables 2 and the Equalizer movies. This seems to be a good sign for explosions ahead.

There have been a lot of rumors recently about what we’ll be seeing Keanu Reeves do next. We know that we’re waiting on Matrix 4, which is in post-production. There are rumors we’ll be seeing both John Wick 4 and a John Wick 5, so that franchise seems alive and well. Rumors have asked about the possibilities of Speed 3 and the role of Johnny Blaze in Ghost Rider.

This isn’t the first rumor Keanu Reeves may soon be joining the Marvel Cinematic Universe. People have been talking for months about the possibility of Reeves getting his own series on Disney+ for Moon Knight.

While it’s hard to tell whether Marvel is truly offering Keanu Reeves the role of Kraven the Hunter, all signs suggest we may be seeing him in some way involved in the MCU soon. 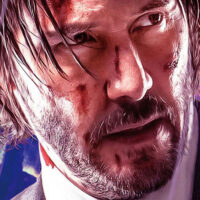 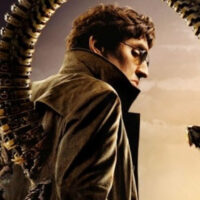