Keanu Reeves has been in a lot of hit movies, some of them with sequels he’s appeared in, and some where he opted out. Notably, early in his career, the actor hit big with Speed. Sandra Bullock co-starred with him in the action-thriller on a bus and she returned for the sequel. Meanwhile, Keanu Reeves turned down Speed 2. At the time of the sequel’s release in 1998, Sandra Bullock politely said that the star was taking some time away from the action genre. Two decades later, Jimmy Kimmel asked about it on his late night show and got a very different answer.

Apparently, Keanu Reeves wasn’t in Speed 2 because he thought the idea was just too preposterous. He couldn’t seem himself getting into the idea for the movie, even after they offered him a hefty $12 million (they only paid him $10 million for The Matrix in 1999). When he brought this up, he acknowledged that the idea of Speed itself is a little silly. The first film has a bus locked at a certain speed. If the bus slows down, a bomb will explode. They’re forced to make sure they avoid things like traffic or slowing for speed bumps if they want to survive. The idea may be silly, but it worked out. However, the idea for Speed 2? He said, ” …bus not so fast, but then a cruise ship is even slower than a bus. And I was just like, ‘I love you guys, but I just can’t do it’.”

You can see Keanu Reeves explaining why he turned down Speed 2 in the interview below, after he just finished listing the movies that people tend to know him for. This was after first mentioning that no one has probably seen every Keanu Reeves movie, since he’s been in some wacky movies during his career.

Unfortunately, it seems like Keanu Reeves had much of the same reaction that audiences did. Overall, the movie has often been poorly reviewed. It didn’t do well at the box office, either. Speed had an estimated budget of $30-$37 million for its 1994 release. It earned back $350 million. Those numbers are mind-blowing. Then, the sequel went big on its budget, which required a lot of interesting sets on the water. Speed 2 had an estimated budget of $110-$160 million, and only earned back $164 million at the worldwide box office.

While Speed 2 is often on the worst movies of all time lists, Roger Ebert asked if more people actually claimed to hate it than ever saw it. It’s one of those movies that’s easy to dislike from its premise alone. Meanwhile, some advocates claim that it really isn’t a bad movie, though they don’t claim it’s necessarily a good one, either. So it sounds like even people who enjoyed Speed 2 don’t necessarily think Keanu Reeves was missing out when he turned the sequel down.

While Keanu Reeves didn’t team up with Sandra Bullock for the sequel, he did work with her again on a very different project. The Lake House saw the pair in a time-twisted tragic romance story, again with a wacky premise, but something Keanu Reeves could get behind. Hopefully, his willingness to turn down bad sequels is another sign audiences can have hope that The Matrix: Resurrections will be as great as fans are hoping it will be. 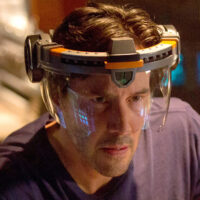