Keanu Reeves was in a weird place in 2005. The career revitalization of The Matrix had petered out with the bewilderment of The Matrix Revolutions. His immediate next role was as the fourth lead in the Nancy Meyer movie Something’s Gotta Give, but romantic films have never exactly been his forte. But on the other hand, comic book movies were on the ascendant in 2005. Sam Raimi’s Spider-Man trilogy was cresting with its second installment, Christopher Nolan’s game-changing reboot Batman Begins was being released, and the Jessica Alba version of Fantastic Four was indicating fans would watch just about anything. Keanu Reeves being Keanu, he signed on to one of the weirder DC Comics properties he could have chosen: Constantine. The supernatural noir thriller action comic book adaptation movie (it’s complicated) is currently in the top ten most-watched movies on HBO Max, which just goes to show how much people love Keanu.

Constantine stars Keanu Reeves as the titular John Constantine, a Los Angeles exorcist with a bad attitude and a terminal case of lung case from decades of chain-smoking. The movie quickly establishes that there is a very literal Heaven and Hell and that they are at war, but currently, things seem to be in a state of detente. Constantine is fearful of going to Hell when he dies (for having attempted the mortal sin of suicide as a teen) and hopes that fighting demons on Earth will get him into God’s good graces. However, a “half-breed” angel (a terminology that does not go down any easier after the many, many times they use it) named Gabriel (played androgynously by Tilda Swinton) informs Keanu Reeves that good deeds with selfish motivations do not get you into Heaven.

Meanwhile, a police detective played by Rachel Weisz is investigating the death of her twin sister (also Weisz) and it becomes clear that both she and Keanu Reeves are entangled in a plot to unleash Hell on Earth. Also, a post-Even Stevens, pre-Transformers Shia LaBeouf is there as Constantine’s surly driver/sidekick, Djimon Hounsou runs a nightclub that acts as a neutral ground for representatives of Heaven and Hell to meet, and Keanu Reeves uses a cat and a pan of water to investigate Hell. It’s an odd movie.

In theory, Constantine is a textbook case of how not to adapt a comic book, even with Keanu Reeves. The character of John Constantine first appeared in a 1985 issue of ​​The Saga of Swamp Thing and got his own comic, titled Hellblazer, a few years later. He was created by legendary writer Alan Moore, who notoriously wants nothing to do with adaptations of his work; in this particular case, he insisted his name not be credited in any way and requested that his royalties go to other comic book artists and writers who had worked on the character through the years. But in truth, the Constantine played by Keanu Reeves has only the thinnest resemblance to the comic book original. For one thing, the original is blonde. For another, he’s British. For a third, he is very overtly supposed to look like rock musician Sting.

Keanu Reeves is none of those things. However, he is good at playing oddly detached but weirdly intense, which works well for this interpretation of the character. Whereas comic book Constantine is known for his wry sarcasm, Keanu’s version pretty much comes off as a jerk. But this is a movie also set in a constantly rainy Los Angeles (also known as Blade Runner L.A.) and prominently involves Bush lead singer Gavin Rossdale as a demon named Balthazar. A faithful adaptation was never an option.

Constantine flopped with critics, who generally compared it unfavorably with The Matrix and called out its theological silliness. None other than Roger Ebert despised it, adding it to his “Most Hated” list of films, though he did not specifically call out Keanu Reeves. However, it pulled in a solid $230 million at the box office (though some estimates have its budget at $100 million), and rumors of a sequel have floated about for years. Keanu Reeves has stated he would love to return to the role of Constantine, and Peter Stormare (who plays the Devil, what else would you expect?) announced unconfirmed plans for a new film in 2020. Despite how weird this movie is, it seems like you can’t keep Constantine down. 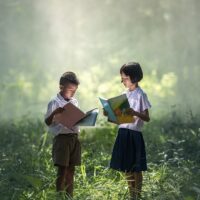 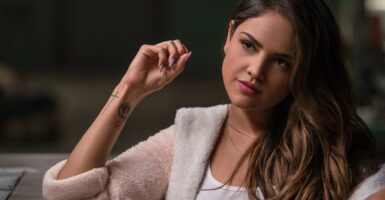 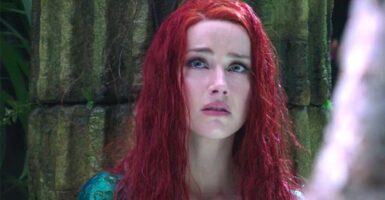