Currently airing its 17th season, Grey’s Anatomy has been one of the biggest shows on television since the series debuted on ABC in 2005. The show premiered with a cast that included Ellen Pompeo, Sandra Oh, Katherine Heigl, Patrick Dempsey, but over the years, the show has had several of its leads leave, with new cast members taking their places. Yet even though Grey’s Anatomy has been on for close to two decades, its popularity shows no signs of stopping, as the series is currently the fourth most-streamed series over the last week, according to Nielsen ratings.

Grey’s Anatomy began as a show about Meredith Grey (Ellen Pompeo), the daughter of a famous surgeon, beginning her surgical residency at Seattle Grace Hospital. Along with her fellow interns, including Cristina Yang (Sandra Oh), George O’ Malley (T.R. Knight), Izzie Stevens (Katherine Heigl), and Alex Karev (Justin Chambers), Grey had to manage the demands of her potential new career, while also trying to maintain a personal life.

While some cast members like Ellen Pompeo, Chandra Wilson, and James Pickens Jr. have remained on the show for all 17 seasons, the first few seasons featured many of the lead cast leaving. Isaiah Washington, who played Chief of Surgery Preston Burke, left the series after season three. Washington used a homophobic slur on set, and after Washington apologized, ABC decided not to renew his contract. T.R. Knight, who was Emmy-nominated for his role as George O’Malley, also left the series after season five.

But arguably one of the biggest stars to come out of Grey’s Anatomy’s early seasons was Katherine Heigl, who played lingerie mode-turned-surgical intern Izzie Stevens. Prior to Grey’s Anatomy, Heigl was probably most well-known for starring in the series Roswell for three seasons. In 2007, Heigl would win the Emmy Award for Outstanding Supporting Actress in a Drama Series for her work on Grey’s Anatomy.

However, despite her award-winning performance, Katherine Heigl was critical of her character going forward. At the 2008 Emmy Awards, Heigl declined to pursue a nomination, saying there was insufficient material for her role. Audiences were critical of Izzie’s relationships in the show, and while there was speculation that Izzie would get killed off in the show’s fifth season, Heigl asked to leave her contract 18 months early and left in season six. Heigl cited that she wanted to spend more time with her family, but it wasn’t until season 16 that Grey’s Anatomy finally explained the fate of what happened to Izzie.

After the success of Grey’s Anatomy made Katherine Heigl a major star, Heigl took this popularity to movies. In 2007, Heigl would star alongside Seth Rogen in Judd Apatow’s Knocked Up. The film would be Heigl’s biggest success making over $291 million worldwide. Soon after the release of Knocked Up, Heigl was critical of that project as well, calling it “a little sexist” and stated that the film “paints the women as shrews, as humorless and uptight, and it paints the men as lovable, goofy, fun-loving guys.” While Rogen and Heigl have both talked about these comments since the film, both have recently said nothing but kind things about each other.

After the success of Knocked Up and Grey’s Anatomy, Katherine Heigl continued to star in various romantic comedies, such as 27 Dresses, The Ugly Truth, Killers, and Life as We Know It. After a few few disappointments like 2012’s One for the Money, and 2013’s The Big Wedding, Heigl returned to television. Her NBC series State of Affairs debuted in 2014, but only lasted one season. Yet State of Affairs did better than her next series, CBS’s Doubt, which was pulled after only two episodes in 2017. CBS would later air the remaining 11 episodes in chunks in the summer.

After a run on Suits in seasons eight and nine, Katherine Heigl once again led her own series earlier this month with the debut on Firefly Lane on Netflix. The show follows two best friends, Tully Hart (Katherine Heigl) and Kate Mularkey (Sarah Chalke) over their decades of friendship. Heigl is also an executive producer on the show, and while the first season received mixed reviews, it’s unclear if Netflix will be picking up the series for another season.

But for fans of Katherine Heigl, Grey’s Anatomy is arguably the best project Heigl has been involved with, a show which earned her an Emmy and made her a household name. Grey’s Anatomy is currently streaming its first 16 seasons on Netflix, while longtime fans can watch the current 17th season on Hulu. 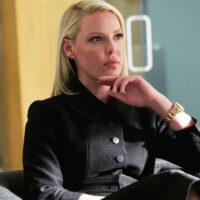 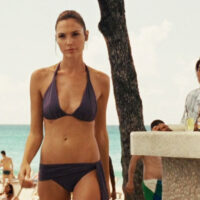 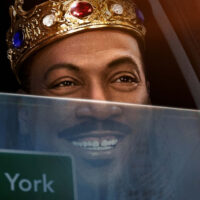