Kate Beckinsale is no stranger to action movies and while her new film doesn’t involve lycans or vampires, it does showcase Beckinsale’s ability to deliver the goods. The film has also found an audience as it sits at #8 on Amazon Prime.

Jolt stars action hero Kate Beckinsale as Lindy Lewis, a bouncer with a secret, one that has kept her from experiencing love or connecting with a man. Lindy suffers from a rare neurological disorder called Intermittent Explosive Disorder, a condition that causes her to fly off in a rage hard to control.

The set-up, which includes an unknown narrator, is about the only thing holding back Jolt. The film owns what it is, delivers the action in a sharp, comical way, and doesn’t pull any punches, literally. The overlong exposition at the beginning could have used a good minute or two trimming but it tells Lindy’s story, nevertheless. As a child, she started having impulse control problems that began to build to rage. Her parents did what they could to help her, but nothing took. When she was finally diagnosed, no amount of medication could help her either.

Now an adult, Lindy continues to have her rage issues, much of it is seen early on in the form of fantasy. As in what she would love to do to the person who’s pissed her off. But Lindy now has a temporary remedy to fix her problem. She wears a vest of electrodes that attach to her body. In her hand, she carries a button and when her impulse to do major harm to another begins to rise, she pushes the button to shock her back to normalcy.

But as an adult, Lindy has never been able to connect with anyone, much less a man. Her doctor, Ivan Munchin (a game Stanley Tucci) suggests that she try to date to see if she is able to control her anger.

Lindy took his advice as before she reported back to him, she had gone on a blind date, meeting a man, Justin (Jai Courtney who tries desperately to be nerdish), for dinner. The date doesn’t go as well as she’d hoped for. Lindy loses control in the bathroom on a waitress who had been rude to Justin earlier. Trying to control her building rage with her shock vest, Lindy finds that it is not working. She proceeds to slap around the waitress in a shockingly violent manner.

Lindy decides to give it one more try with Justin. Bingo. He pushes all the right buttons and the two find themselves in bed. Lindy is finally able to relieve herself of the shock vest, allowing her feelings to take control instead. Justin could be the one.

Excited for their third date, Lindy waits for his call. And waits. And waits. When she finally reaches out to him herself, his phone is answered by Detective Vicars (Bobby Cannavale). Homicide.

Lindy finds herself at the police station where she is being interviewed by Vicars and his partner Detective Nevin (Laverne Cox), who thinks Lindy has something to do with the murder.

After navigating the interrogation, Linda decides to investigate on her own and use the skills she was born with as she finds herself smack dab in the middle of the criminal underworld.

Jolt then devolves or evolves (your call) into an ass-kicking affair as Lindy lets loose with her inner rage to find out what happened to Justin while also trying to keep the good detectives off her back.

At times, Jolt is pure mayhem, again your call if this is a good thing or a bad thing. The film, written by Scott Wascha and directed by Tanya Wexler, knows its audience and gives them exactly what they are looking for. Ass-kicking with some good, fun laughs sprinkled in.

Kate Beckinsale, who left her Underworld/Selene persona five years ago, seems to relish her return to the action genre as the woman with Intermittent Explosive Disorder. The past few years have seen Beckinsale go from the action-oriented Selene to more mundane, if not boring, characters.

Before Jolt, Kate Beckinsale was seen in The Only Boy Living in New York, Farming, and the TV series The Widow. While The Widow had her character on the hunt for her husband, it wasn’t the Death Dealer Selene fans were looking for.

Kate Beckinsale first opened eyes in the 1993 film Much Ado About Nothing, then began to get more screen time in films like Haunted, The Last Days of Disco, Brokedown Palace, and Pearl Harbor.

Kate Beckinsale then introduced the world to Selene, vampires. and werewolves with the 2003 film Underworld, a movie that would spawn four more Underworlds over a thirteen-year span. While the series hasn’t quite been a runaway hit, the films have brought in well over half a billion dollars at the box office.

Up next for Kate Beckinsale is the Charlie Day comedy, El Tonto, which will see her star opposite Jason Sudeikis. Then Beckinsale will find herself working drama once again in Prisoner’s Daughter, a film directed by Catherine Hardwicke (Twilight).

If mindless fun is what you’re after, then the ass-kicking Kate Beckinsale‘s Jolt is your answer. Don’t think, just watch. Jolt can be seen on Amazon Prime. 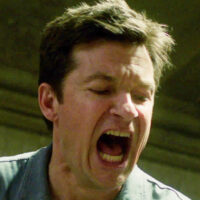 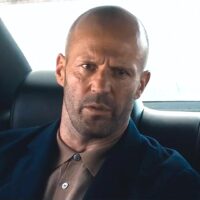 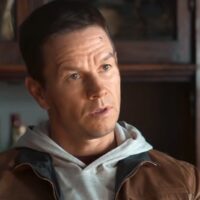