Ruby Roundhouse may not be lovin’ up anyone’s way anytime soon, a Collider Ladies Night exclusive reveals on Wednesday. Karen Gillan plays one of seven confirmed avatars in the Jumanji series and admits production on Jumanji 4 movie hasn’t been authorized yet. Contrary to past reports, the main cast has spent the last two years since Jumanji: The Next Level benched, cursorily awaiting orders. “I actually don’t know anything about the next one,” she shares. “Nobody has spoken to me, so I think — I don’t know. I assume they’ll make one and I don’t know how they’re gonna tackle that. But I hope they make another one because it’s so much fun.”

Not a good sign for things to come. The last update on Jumanji 4 was equally vague; writer-director Jake Kasdan assured fans the fourth film was in active development, but his last ping was over a year ago. Karen Gillan’s statement implies the project has stalled, or been shelved indefinitely for reasons unknown. Whatever the grounds might be, the problem must be substantive enough to warrant derailing one of the most lucrative blockbuster franchises of the last four years.

The second sequel to the original Jumanji added two new avatars to the main cast: allergy-prone cat burglar Ming Fleetfoot (Awkwafina) and Scandinavian warlord Jurgen the Brutal (Rory McCann). The latter was initially mistaken for an NPC, before a fatal reaction to the Jumanji berry inadvertently outs the character as yet another player. Dwayne Johnson, who plays Dr. Xander Bravestone opposite Karen Gillan’s Ruby Roundhouse, promises more laughs and thrills in the upcoming fourth installment, with Jumanji 4 expected to reveal the game’s eighth, yet-to-be-unveiled player. The Next Level also ended on a rather perplexing cliffhanger; the ostriches of Jumanji were seen whizzing past the cafe Spencer Gilpin and his friends were dining in, implying a horrendous repeat of the events of the first movie.

In the 1995 film, siblings Judy and Peter Shepherd accidentally release Jumanji into the real world when they free previous player Alan Parrish from the game; Parrish, played by Robin Williams, endured living in Jumanji for the past 26 years with no way of returning home. The second Jumanji movie, Welcome to the Jungle, gave fans a sneak peek into Parrish’s long-vacated quarters, abandoned until 1996, when Alex Vreeke started playing. Vreeke’s avatar, malaria-prone pilot Jefferson McDonough, used the site as a home base before crossing paths with Spencer and his friends at the market. Jurgen’s player is implied to be someone we already knew from the first film, who has yet to make a canon appearance in the sequels. The main cast may be facing up against a seasoned pro, a character not even Karen Gillan’s Ruby Roundhouse can flying scissor takedown her teammates out of.

Jumanji 4 features much of the returning cast, with Dwayne Johnson, Karen Gillan, Jack Black, Kevin Hart, Nick Jones, Awkwafina, and Rory McCann already confirmed to appear as avatars. Alex Wolff, Morgan Turner, Ser’Darius Blain, Madison Iseman, Colin Hanks, and Danny DeVito are also coming back to reprise the roles of the players. Bebe Neuwirth, who played Nora Shepherd in the first Jumanji, had a cameo in the last scene of The Next Level, and may have a more substantial role in the fourth movie. Could she be our mystery player? 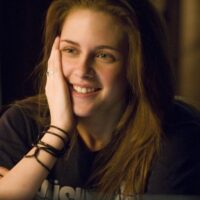 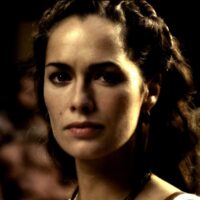