It doesn’t take Karen Gillan long to give you a sense of what Gunpowder Milkshake is going to be about and that it’s going to be, well, awesome. The first trailer for the Netflix flick just dropped. It looks like everything you’d ever want out of an action movie and maybe just a little bit more. Following the story of Gillan and a group of female assassins, as they work their way out of a criminal underworld mess, the film looks frenetic and downright funny.

The first Gunpowder Milkshake trailer dropped on Tuesday and takes us into a new world of assassins, firepower, family, criminals, syndicates, more firepower, high-speed chases, shootouts, more firepower, and, um, books. If this couple of minute trailer is any indication then we not only have a high-octane hit on our hands but there might be another franchise coming for Karen Gillan coming as well. Take a look at the first trailer for Gunpowder Milkshake:

Gunpowder Milkshake stars Karen Gillan as Sam who has just come to an ornate library to drop off some “books”. The loud metal thud on the counter lets us know these aren’t the type that you read, they are the kind you shoot with. And we are quickly ushered into a new world with a group of female assassins who have the brains and requisite firepower to be a real problem. Sam’s mother had been part of the group as well, but no one has seen her in years.

It doesn’t take long for Gunpowder Milkshake to really start dialing up the action and for Karen Gillan to run afoul of a major crime syndicate that is out for her head. She’s also tasked with keeping a young girl, played by Freya Allen, safe from the other bad guys. Gillan calls on the rest of the group to help and then we get her mother back in the mix as well. That’s Lena Headley who plays Scarlett and is about to come out of retirement.

Rounding out the sisterhood of killers in Gunpowder Milkshake are Angela Bassett Anna May, Michelle Yeoh as Florence, and Carla Gugino as Mathilde. Together they and Karen Gillan, stock up at the “library” and get to work dispatching basically anyone stupid enough to come after them. It turns into a frenetic, bullet-fueled action flick that doesn’t appear to pull any punches, relative or otherwise.

Gunpowder Milkshake takes place over the course of one night and besides the library, we have Karen Gillan and crew taking down folks in diners, bowling alleys, and movie shops. It looks like a nostalgic romp through some carefully chosen sets meant to juxtapose some of the action. If the settings are innocent, the action is anything but. Gunpowder Milkshake is from award-winning Israeli director Navot Papushado and is set for a Netflix release on July 21st of this year.

As for Karen Gillan, this is just one of the many movies she’s got in the pipeline right now. She’s set to reprise her role as Nebula in the Marvel Cinematic Universe when Thor: Love and Thunder drops later this year. And she’s also going to be back in the next Guardians of the Galaxy movie as well. It’s a busy time for the actress and she’s about to dial up the gunfight action in this next film. 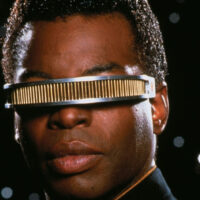