Justin Timberlake became well-known to the public eye via the boyband NSYNC. That kind of beginning would have set most stars up to not be taken seriously when they decided to move into making movies, but between his follow-up solo career and his career as an actor, he seems to have proven himself many times over. He’s been in movies like The Social Network and the recent Apple+ movie, Palmer. Now, he’s signed on to co-star with the legendary Benicio Del Toro for Netflix’s Reptile.

According to Deadline, Benicio Del Toro will be playing a detective. After a real estate agent in Los Angeles is murdered, Benicio Del Toro’s detective character will be working to solve the murder at the same time that he is working to uncover the truth behind mysteries in his own personal life. At this time, it’s unknown what role Justin Timberlake plays in the story, but it should be a large one as only these two stars have been announced so far.

While a glance at Justin Timberlake’s IMDb page would make it look like the star has been in a great number of movies over the past twenty years, a lot of those listings are actually for video shorts. He’s been in few movies, though he’s made those performances count. Among his films are 2006’s Black Snake Moan, voice work in Shrek The Third, Sean Parker in The Social Network, The Open Road, the romantic comedy Friends With Benefits with his co-star Mila Kunis, In Time with Amanda Seyfried, and his voice work in the animated-feature Trolls.

While Justin Timberlake has mostly been in more serious films, his work on Trolls has become one of his most well-known. This is in large because he also contributed a hit song to the film. Can’t Stop the Feeling became quite popular and was even nominated for an Oscar for Best Original Song. His Reptile co-star Benicio Del Toro also has a history at the Oscars. In 2001 he won Best Supporting Actor for Traffic and in 2004 he was nominated for the same award recognizing his role in 21 Grams.

Justin Timberlake’s latest release, Palmer, for AppleTV+ has been met with fairly positive reviews by audiences. The movie currently sits at 73% on Rotten Tomatoes. The story was a fairly serious one. Timberlake plays Palmer, a guy who was a football star in high school. Following a twelve-year prison sentence, he returns to his hometown. He then makes friends with a boy who is an outcast in the town who comes from a troubled home. Most of the photos for the movie have Justin Timberlake looking grumpy and mistrusting, or sad and crying.

This is in contrast to his roles in The Social Network, where he plays a condescending know-it-all in the story of how Facebook came to be, or Friends With Benefits where he plays the social guy for a rom-com. While we don’t yet know what role he’ll be playing in Reptile for Netflix, it seems that Justin Timberlake tries to mix up his work so he stays interested, which means it’s a fair bet that it’ll be different from what we’ve seen him do in the past. 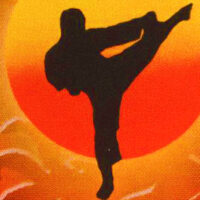 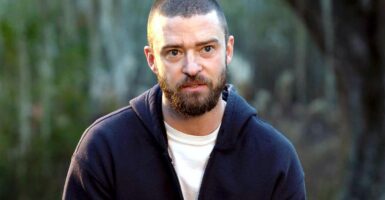