Justice League Queer Is Happening If Fans Vote For It

The world of DC, in its drive to usher in diversity and inclusivity, has made an important announcement– it has set up a voting bracket to allow readers to choose one story from a list of 16 pitches for future publication. While the list contains story pitches like Etta Candy’s superhero origin story and Green Lantern, Kyler Rayner’s adventures against deadly space outlaws, the one that has been attracting the most attention is a Justice League Queer series.

The inclusion of the Justice League Queer comic-book series pitch is a part of the DC’s attempt to be more revolutionary when it comes to its comic book characters and titles. And the attempt has paid off as even though there are fifteen more offerings, this is the particular title that has captured more attention because of its theme and how it applies to one of the major teams of the DCU– the Justice League.

But while ample info has been provided for the rest of the pitches, the description provided for the Justice League Queer storyline is simply about eight young queer heroes who are busy investigating “a series of monstrous manifestations around the world” and in the process, they discover that something more sinister is afoot.

The aptly named Round Robin voting tournament was announced on March 31st and has been described as a chance for fans to vote on the given story pitches, which will lead to one of them being picked up to be turned into a complete series that will be published in “late 2021.” It’s already been confirmed that characters Aqualad and Dreamer would be joining the ranks.

But even though Justice League Queer is leading in terms of the votes and has garnered much interest at the prospect of a queer superhero team, it is still going to face some stiff competition from the other 15 titles. Currently, the first round of voting is in the process and Justice League Queer is up against Robin. While Robin is currently leading with a slightly higher number of votes, there are still five days of the campaign to go- enough time for queer superheroes to become the winning title and be turned into a full-blown comic book series.

Apart from Justice League Queer, the other titles in the running include Green Lanterns: Underworld on Fire which will see Green Lanterns Kyle Rayner and Klowog go up against “a deadly outfit of space outlaws” who are destroying the intergalactic underworld under the orders of a new kingpin. Then we have Etta Candy: Holliday Hero, Inc. featuring the title character’s origin story as the superhero Candy Strope and her adventures with Wonder Woman, Amanda Waller, and many others.

There is also a Zatanna and the King of Nightmares in which a powerless Zatanna is up against the King of Nightmares, The Brave and the Bug: Crisis on Infinite Ambush, which will see Ambush Bug teaming up with DC’s greatest heroes to beat a savage attack by revenge-seeking Ambush Bugs from different universes, and many more interesting pitches.

If you want your favorite title to win, you too can take part in the polling on Twitter via the official DC Comics Twitter account. And if you are all kinds of interested in the Justice League Queer like us, you can vote for it as well- who knows maybe your crucial vote will make or break its future as a potential series. 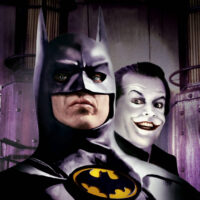 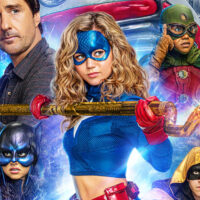