Well, here’s a collaboration we never thought we’d see. The upcoming Winter Olympics has teamed up with Jurassic World: Dominion to build up some hype for both events. In this brief teaser, we see an Olympic skier barreling down the slopes before she’s joined by a velociraptor. That’s scary enough, but then a T-Rex crashes through the forest and makes a bad situation even worse.

The T-Rex, we can probably assume, is Rexy. Aka the T-Rex who inspired awe in theatre-goers everywhere in Steven Spielberg’s original Jurassic Park. Rexy has since been seen helping take down the Indominus Rex in Jurassic World. She was also saved in Jurassic World: Fallen Kingdom. Check out the teaser below for Jurassic World: Dominion:

At the end of Jurassic World: Fallen Kingdom we saw the dinosaurs released into our world, now free to roam after previously being contained exclusively to Isla Nublar and Isla Sorna. This ties in nicely with the Olympics promo, as in the world of Jurassic World: Dominion it’s now entirely possible that someone could have a scary encounter with a dinosaur out in the wild.

Though we don’t get any more details about Jurassic World: Dominion, we do know that Chris Pratt and Bryce Dallas Howard are returning to star. What might be more exciting to fans of the original trilogy is the fact that Sam Neill, Jeff Goldblum, and Laura Dern are all reuniting on-screen for the first time since their fated meeting in Jurassic Park.

These three have made appearances in various Jurassic Park movies after the original, but all three of them haven’t been in the same one again until now. BD Wong is another OG cast member who will be returning, though we’ve seen him throughout the new trilogy. Jeff Goldblum had a brief cameo in Fallen Kingdom, but it looks like we’ll be getting a lot more of him in Jurassic World: Dominion. The film also stars Daniella Pineda, Justice Smith, Omar Sy, Campbell Scott, and more. Colin Trevorrow returns to direct.

Jurassic World: Dominion is hitting theatres on June 10th. You’ll be able to catch the Winter Olympics much sooner though, as they begin airing on NBC and streaming on the Peacock app starting February 3rd. The 2022 Winter Olympics are being held in Bejing, China, and will finish up on February 20th. You’ll also be able to use the Peacock app to stream Jurassic World: Dominion four months after it hits theatres. While the Peacock connection might be the only link between these two properties, we’re fine with the Olympics making dinosaur-featuring commercials from now on. 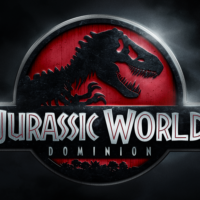