During the height of Disney’s momentum recreating its animated classics into live-action films, Josh Gad portrayed what could have been an influential role in Beauty and the Beast in 2017. Unfortunately, based on a recent interview with The Independent, that wasn’t the case–even though Gad appears to believe it should have been. LeFou, Gaston’s rather flamboyant sidekick, is regarded as the first gay character in a Disney film. Being both an actor and a cinephile, Josh Gad was familiar with the character and clearly understood the importance LeFou has to the LGBTQ community. In the film, during a carousing scene of adult beverages and frolicking in circles, LeFou’s moment was supposed to take center stage. According to the film’s director Bill Condon, this “exclusively gay moment” would be LeFou and another male character dancing together. The grand moment lasted a little more than three seconds.

So, what happened to what could have been a liberating moment for many Disney fans in the LGBTQ community? Did Josh Gad make motion picture history? Not really. Bill Condon–an openly gay man–chose to bring down the lights on the dance because it was “all overblown.” In an interview with ScreenCrush following the film’s release, the director decided to share his thoughts, which were underwhelming. The keynote statement during the interview was, “Why is it a big deal?”

Oh God. Can I just tell you? It’s all been overblown. Because it’s just this, it’s part of just what we had fun with. You saw the movie, yeah? You know what I mean. I feel like the kind of thing has been, I wish it were – I love the way it plays pure when people don’t know and it comes as a nice surprise.

If you recall the hubbub over the movie at the time, you know LeFou’s sexuality was never directly referenced, much less mentioned. This disturbed many fans waiting for LeFou to come out of Disney’s closet. More importantly, it has been resting with Josh Gad all this time, as seen with his immediate retort when the question was posed to him five years later.

If we’re going to pat ourselves on the back, then damn it we should have gone further with that. Everybody deserves an opportunity to see themselves on screen, and I don’t think we’ve done enough — and I certainly haven’t done enough to do that.

Despite Condon’s attempt to remove angst from the situation, history has already explained why LeFou’s appearance in this film deserved that moment tripping the light fantastic in Beauty and the Beast. During the press junkets for the film, Vanity Fair published a piece sharing that LeFou’s sexuality wasn’t only historic but also an “homage to one of the creators behind the original, beloved 1991 animated classic.”

The referred creator was acclaimed lyricist Howard Ashman, who wrote regaled Disney songs like “Under the Sea,” “Part of Your World,” “Friend Like Me,” and the Beauty and the Beast iconic tune, “Be Our Guest.” During the creation of the film, Ashman was dying of AIDS. Yet, he surmised the strength to fight for this project to be a musical animation. He knew it would work, as Condon shared in the article.

It was his idea, not only to make it into a musical but also to make Beast one of the two central characters. Until then, it had mostly been Belle’s story that they had been telling.

With that backdrop, it’s easy to see why many fans shared the same disheartening feeling as Josh Gad over the live-action version of Beauty and the Beast. Unfortunately, for fans of the last scene of the family-friendly classic, the “transformation” of LeFou was not to be on screen. Josh Gad could have believed he was about to have the chance to rectify this situation with an upcoming prequel series for his character and Gaston. Unfortunately, the series was recently dropped at Disney, and the movie was likely the only chance Gad will have had to tell that character’s story. 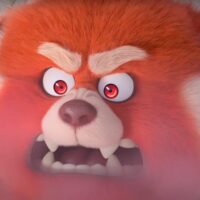 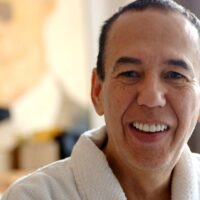