Is that a good idea?

When Key & Peele debuted its sketch comedy show in 2012, Jordan Peele seemed destined to hold onto his comedy chops for many years. Taking his Mad TV skills to Comedy Central appeared to be a no-brainer for Peele as he embarked on a journey that would see him and his comedy partner, Keegan-Michael Key, earn the Primetime Emmy Award for Outstanding Variety Sketch Series. Since the series finished in 2015, Peele defied expectations and became a filmmaker in the horror movie genre. With his latest effort, Nope, opening in theaters this month, it is no surprise that the director may be considering a sequel to one of his best movies to date.

According to Jordan Peele’s interview with The Associated Press, a sequel may be in the cards to the 2017 horror flick Get Out. Peele confirmed in the interview that he’s been asked many times about a potential sequel to the movie, which is his most successful project so far in his filmography. In a statement during the interview, Peele notes the possible continuation of Get Out by commenting, “Never say never. There’s certainly a lot to talk about left. We’ll see.”

A terrifying commentary on racism and the white savior mentality in the 21st century, Get Out was a bonafide hit for Jordan Peele in his directorial debut. Earning more than $255 million against a budget of just over $4 million, the film became one of the ten highest-grossing movies of 2017. Starring Daniel Kaluuya, Allison Williams, Bradley Whitford, Stephen Root, and Catherine Keener; the movie was written, produced, and directed by Peele. Peele went on to win the Academy Award for Best Original Screenplay, and he was the first Black person to ever be nominated for producing, writing, and directing in the same year, according to IMDB.

Due to the box office success Jordan Peele had with Get Out, the movie also made a star out of Daniel Kaluuya. Kaluuya was nominated for the Academy Award for Best Actor and saw his star rise because of the overwhelming critical acclaim the movie received. To this day, Rotten Tomatoes ranks Get Out with a 98% on its Tomatometer and an 86% on its Audience Score, making it a certified fresh movie. Metacritic currently lists the film with an 85 Metascore, marking universal acclaim from critics to the site. It’s no wonder why Jordan Peele may be considering a sequel, especially considering the delicate nature of today’s socioeconomic and political climate.

Since the success of Get Out, Jordan Peele has put his name on several different film projects. His sophomore effort, Us, was released in 2019 and garnered generally favorable reviews and box office success. The movie earned $255 million against a budget of $20 million and starred Lupita Nyong’o, Winston Duke, and Elisabeth Moss. His latest film, Nope, is set to debut this Friday July 22 and will feature Daniel Kaluuya, Keke Palmer, and Steven Yeun. Hopefully, if Nope is as triumphant at the box office as his other ventures, audiences may see Jordan Peele make another Get Out in no time. 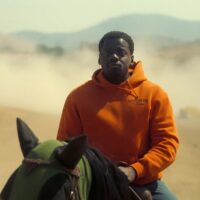 Is Nope 2 Actually On The Way? 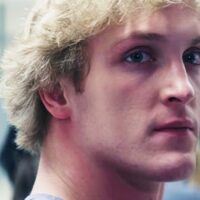 Logan Paul Is Getting Roasted After Going On Jordan Peele Rant 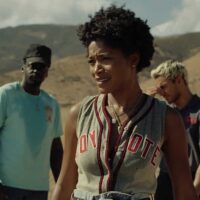 Nope Getting A Director’s Cut? 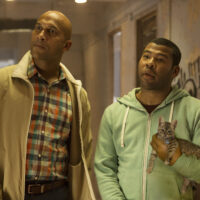