Jonathan Frakes defends the dark choice to kill Star Trek: Voyager's Icheb in such a horrific manner in Season 1 of Star Trek: Picard.

Jonathan Frakes made a couple of memorable appearances in front of the camera in Season 1 of Star Trek: Picard, but before he played Will Riker in the series, he directed “Stardust City Rag,” which opened with one of the most controversial scenes in the franchise’s history. Icheb (Casey King)–a fan-favorite recurring character introduced in Star Trek: Voyager–is murdered in a gory cold open in which his Borg implants are harvested by scavengers. A lot of fans hated the scene, but now Frakes is defending it.

As reported by TrekMovie, Jonathan Frakes stood by his directing decisions in “Stardust City Rag” while talking about it at the recent 56-Year Mission convention in Las Vegas. “I think the objective was to disturb and to make it as painful and graphic and emotional as possible,” Frakes said about the scene. “It was challenging and yet exciting to do something that far out of our usual comfort zone. We tried to scare the sh-t out of you and I hope we did.”

The scene in question is a scary one so Jonathan Frakes certainly achieved that goal, but one might argue that his response to the criticisms misses a big part of the point. It wasn’t just that the opening scene of “Stardust City Rag” was gory or scary, but that it abruptly and horrifically killed off a character fans hadn’t seen on screen for nearly 20 years. In fact, rather than Manu Intiraymi–who played Icheb in Voyager–a completely different actor was hired to play the reformed Borg.

As was argued here at Giant Freakin Robot earlier this month, Picard‘s first season gave the impression that the show was attempting to compete with more ruthless series like The Walking Dead and Game of Thrones. Along with Icheb, the TNG characters Hugh (Jonathan del Arco) and Bruce Maddox (John Ales) were also killed off in Picard‘s first season.

The original Icheb actor has made it clear that he’s just upset about the scene Jonathan Frakes directed as other fans and doesn’t accept Icheb’s death. In response to a fan mentioning the scene on Twitter, Intiraymi responded, “That wasn’t Icheb on Picard- that was a clone.” There’s never been an official explanation for Intiraymi not being brought back for Picard, though it may have something to do with the actor tweeting a comment that made light of Discovery‘s Anthony Rapp’s sexual assault allegations against Kevin Spacey.

Jonathan Frakes isn’t the first Star Trek actor to take turns in front of and behind the camera, but few Trek mainstays who started off acting in the franchise have been as prolific as directors both in the universe Gene Roddenberry created and elsewhere. With the exceptions of Strange New Worlds and Enterprise, Frakes has directed episodes of every live-action Trek series since TNG as well helming two Trek films. Some of the TNG episodes he directed represent the very best the series has to offer, including the heartbreaking “The Offspring,” the powerful “The Drumhead,” and the time loop episode “Cause and Effect” (which is also known for its wonderful Kelsey Grammer cameo). 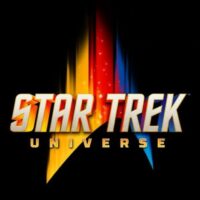