After decades of trying to revive 1985’s Fletch, a reboot starring Jon Hamm is finally set to arrive later this year. Confess, Fletch will see the 50-year-old actor portray roguish journalist Irwin “Fletch” Fletcher – a role originally made famous by Chevy Chase. Now that the project is almost complete, fans have been given a first look at images from the highly anticipated film.

Produced by Miramax, the film is directed by Superbad‘s Greg Mottola from a script he co-wrote with Zev Borow. The story follows a journalist named Fletch (Jon Hamm) who becomes the prime suspect in a murder case while searching for his heiress girlfriend’s stolen art collection. To prove his innocence, he must work his way through a long list of suspects to determine which one is the real culprit. The lineup of potential bad guys includes an eccentric art dealer, a missing playboy, a flamboyant countess, and even his girlfriend.

Released in 1985, Fletch was based on Gregory Mcdonald’s novels of the same name. Billed as a neo-noir comedy thriller, it was directed by Michael Ritchie and written by Andrew Bergman. The film starred Chevy Chase as the eponymous character (soon to be played by Jon Hamm) alongside co-stars Tim Matheson, Dana Wheeler-Nicholson, Geena Davis, and Joe Don Baker. The story focused on Los Angeles Times reporter Irwin M. “Fletch” Fletcher, who is offered a large sum of money to kill a millionaire (by the millionaire himself) who supposedly has a terminal cancer prognosis. Fletch becomes suspicious when he discovers the man is not sick at all. When he continues to investigate, his life is threatened.

Fletch was well received by critics and did very well at the box office too, ranking among the top 50 grossing domestic films in its first year of release. It has since developed a cult following and a sequel, Fletch Lives, was released in 1989. Since then several potential reboots were ultimately abandoned in development hell, with Ben Affleck, Ryan Reynolds, Zach Braff, and Jason Sudeikis all attached to star at different points. In July 2020 a reboot was back on track with Jon Hamm is spearheading the project as the star and producer. The film is based on the second book in the Fletch series.

Fans of the Mad Men star will be excited to him on the big screen once more. But while we wait for Confess, Fletch to be released there are also a few other Jon Hamm projects to look forward to. The actor’s next offering, Corner Office, is a dark comedy directed by Joachim Back from a screenplay by Ted Kupper. It is currently in post-production. Hamm will also be starring as Vice Admiral Cyclone in Top Gun: Maverick. 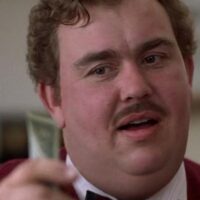 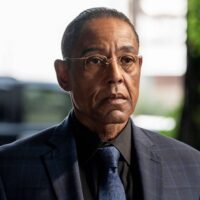