Jon Favreau Was On Seinfeld, See Who He Played

Jon Favreau appeared as Eric the Clown in the Seinfeld episode "The Fire."

Jon Favreau is one of the biggest and most successful directors in the world, but before that, he played a clown on Seinfeld. In his very first television appearance, Jon Favreau played Eric the Clown on the 20th episode of Seinfeld season 5, “The Fire,” memorably coming into conflict with Jason Alexander’s George Constanza. Seinfeld is known for the early appearances of future stars like Breaking Bad’s Bryan Cranston, The White Lotus’ Jennifer Coolidge, and Friends’ Courtney Cox.

In “The Fire,” Jon Favreau plays a party clown hired as entertainment for a child’s birthday party. Unfortunately, said child is the son of George Constanza’s girlfriend that particular week; George attends and becomes fixated on Jon Favreau being unaware of Bozo the Clown, a character played by multiple actors from the 1940s on. Somehow, George cannot believe that Jon Favreau (as a clown) is unaware of a famous clown and continues pestering him until the clown snaps back at his obsession with a different clown from decades earlier.

In classic Seinfeld fashion, George thinks a fire has started in the kitchen and shoves old women and children aside to escape what turns out to be a small grease fire that Jon Favreau puts out. You can actually see a little bit more of the Iron Man director’s familiar face in the subsequent scene in which firefighters question George, who claims to have been acting heroically. Naturally, no one believes him and he confesses to how difficult it is for him to live as the show memorably put it as “a short, stocky, slow-witted, bald man.”

Jon Favreau would later appear in a recurring role on Friends as the boyfriend of Monica (fellow Seinfeld alumnus Courtney Cox), and had small roles in notable films like the Sean Astin sports movie Rudy and the college comedy PCU. He would have his own breakthrough with Swingers, a movie he had written and co-starred in with his friend Vince Vaughn. While that brought him widespread notice, it was directing the holiday movie Elf, starring Will Ferrell, Zooey Deschanel, and Peter Dinklage, that made him a viable blockbuster director.

Everything changed for Jon Favreau when he directed Iron Man in 2008, which resurrected Robert Downey Jr’s dormant career and launched the Marvel Cinematic Universe. He also portrayed Tony Stark’s chauffeur/best friend/doormat Happy Hogan, which he has since transferred over to the Spider-Man series of movies with Tom Holland. Since he had already gotten in good with Disney, he then followed up the Iron Man movies by directing the CGI remakes of The Jungle Book and The Lion King.

These days, Jon Favreau is mostly involved in the Disney+ side of things, serving as creator, writer, and sometime director of both The Mandalorian and The Book of Boba Fett. No doubt he has a number of unimaginably huge and expensive projects coming up with Disney, but hopefully, he looks back fondly to when he was just a clown named Eric. A clown who had no idea who Bozo was, no matter how much you ask him. 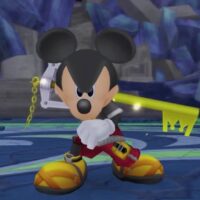