Johnny Knoxville Reveals The Fate Of The Jackass Franchise

Jackass, despite all its controversy over its perceived indecency and incitement of dangerous conduct, has been an incredibly lucrative franchise since premiering as a reality comedy series on MTV over 20 years ago. Created by Jeff Tremaine, Spike Jonze, and Johnny Knoxville, the show has been spun off into several other shows as well as a blockbuster motion picture series, with this year’s Jackass: Forever being the most recent installment.

Prior to the film’s theatrical release, the fourth entry in the wildly popular franchise was purported to be the final movie in the long-running franchise, but in a recent interview with Variety, Knoxville set the record straight, insisting nobody involved with the project indicated it was the last in the series.

During the interview, Johnny Knoxville was asked whether he saw a future for more Jackass films, and he responded by saying, “We never said whether it was or wasn’t [the final film]. That got written somewhere and people ran with it. If we did continue, we would lean on the younger cast more and the old guys would take a little step back, but still be a part of it. I would have to step back because my neurologist said I can’t have any more concussions.”

Although fans of the series have questioned the legitimacy of the stunts over the years, Johnny Knoxville and other members of the cast have stated on numerous occasions that the sketches they perform on Jackass are completely real and extremely painful at times. In fact, various reports surfaced prior to the release of Jackass: Forever indicating that the stars have racked up millions of dollars in medical bills, with Knoxville clocking up an estimated $8.6 million in his own expenses.

A portion of that amount came during filming of the most recent movie, when the actor was performing a stunt involving a bull that resulted in Knoxville sustaining a serious head injury.

During his interview with Variety, Johnny Knoxville stated that he had a few big stunts planned for the latest Jackass sequel, but he opted not to perform them following the act involving the bull that left him with a life-threatening injury. He asserts that even if he’d successfully completed the stunt with the bull, one of the others dangerous sketches would have taken him out. Of course, the star refused to reveal what the other stunts were, but he suggested they were on the same level as the bull.

At 51 years old, Johnny Knoxville has forced himself to bring things down a notch when it comes to his Jackass stunts, which was evident in this year’s Jackass: Forever. In fact, all the veteran members of the cast, such as Chris Pontius and Steve-O, relied heavily on the younger cast when it came to the more daring stunts. In his interview with Variety, Knoxville declared that anyone in their fifties living like they did in their thirties is a fool.

Johnny Knoxville has absolutely banked on the Jackass franchise over the last 22 years, and even if his days of putting his life in jeopardy for the sake of appeasing viewers are over, it’s safe to say he’ll still be heavily involved with series going forward.

Jackass: Forever, which was released during the ongoing Covid-19 pandemic, managed to earn $80 million worldwide at the box office. With figures like that, there’s no way the folks at Paramount are going to put the franchise to rest, at least not anytime soon. 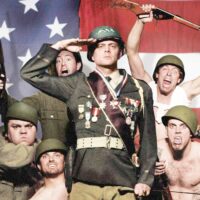 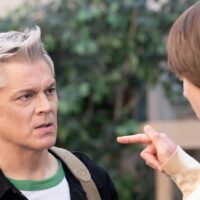 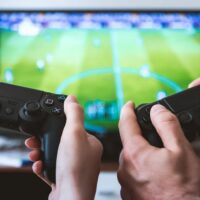