When people think about the Pirates of the Caribbean film franchise, many things may come to mind. It might be fond memories from the classic Disney ride that has operated in Disneyland for over 50 years. It might be the memorable score composed for the films by Hans Zimmer and Klaus Badelt. It might even be the outdated yet fitting jokes that made the first film such a hit. But one thing is for sure: it’s hard to imagine the renowned Pirate franchise without Johnny Depp. In a recent interview with Kevin McNally, who has played Mr. Gibbs in all five franchise movies, showed his support for Depp’s return in future Pirates of the Caribbean projects.

“I think there was a general feeling that without Jack there is no Pirates franchise. And there’s probably a lot of truth in that.,” Kevin McNally said. Disney seems to have disagreed. Along with a sixth film, Disney also announced their plans to reboot the franchise, all without any mention of Johnny Depp. In 2020, Disney nabbed Birds of Prey writer Christina Hodson and Margot Robbie to helm an all-female pirate crew, as the studio tries to reboot the franchise altogether. But just because a reboot is in the works, there still might be a chance we get to see Johnny Depp’s Jack Sparrow, even if not the way expected. McNally has surely thought of different scenarios that could bring Jack Sparrow back to the big screen, stating the following:

But now there have been questions about that, certainly why not have other Pirate films and certainly then why not have Jack back or Jack playing a different part… I mean I was musing about this the other day and you can easily think of stories in which maybe somebody is looking for Jack and come to Mr. Gibbs and say, ‘How would I find Jack?’

While it’s hard for many fans to imagine Pirates without Johnny Depp, other franchises have gone through similar character removals and survived. There once was a time when Marvel fans couldn’t imagine a Marvel Cinematic Universe without the beloved Robert Downy Jr. as Iron Man, but here we are four films after the death of Tony Stark with plenty more hits planned for the future. So although it is unclear whether we will ever get to see Johnny Depp reprise his role as the lush pirate, the fate of the Pirates of the Caribbean’s future may not be closely tied to the actor’s role in the stories going forward.

Johnny Depp first introduced the world to Captain Jack Sparrow with the release of Pirates of the Caribbean in 2003. The film saw Jack Sparrow joining forces with Will Turner (Orlando Bloom) to save Elizabeth Swann (Keira Knightley) from cursed pirates led by Hector Barbossa (Geoffrey Rush) onboard the Black Pearl. The movie was a big box office hit and was generally well-received by critics, making way for a film franchise with a total of five movies, the last one being Pirates of the Caribbean: Dead Men Tell No Tales, released in 2017.

Although Johnny Depp has been involved with all five of the franchise’s films, his future in Pirates of the Caribbean is still uncertain. Johnny Depp and Amber Heard have been going through a highly-publicized and tumultuous divorce. Following many ongoing lawsuits and accusations, much of the long-time Hollywood heartthrob’s reputation has been tarnished, and his acting career has taken a major hit ever since. Just days after losing a libel case in court, Depp announced that he was asked to resign from his role in Fantastic Beasts 3 and it is speculated that the actor has lost a slew of film opportunities since.

Johnny Depp has vehemently denied the accusations against him from his ex-wife over the years, and while many are still torn on who to believe, much of Hollywood still have the actors back and support him reprising his role as the rum guzzling pirate. Disney has reported that a sixth Pirates of the Caribbean film is in the works,  but there is still little information on the film and no confirmation as to whether Depp will be involved. With most speculations pointing to the actor’s declining reputation, a look at the franchise’s success may also give clues as to the studio’s plans going forward. It’s no secret that while still widely considered a major hit for Disney, the franchise saw a steady decline in profits from film to film. Will it be able to survive without Jack Sparrow? 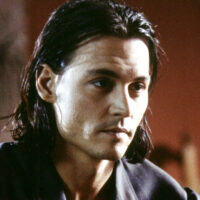