By Doug Norrie | 19 seconds ago

When it comes to casting major roles in a series or movie, sometimes the studio and show’s creator can be a bit at odds. It makes sense considering the motivations and relative bottom lines from each are a bit different. That can mean some friction about who is ultimately cast in a production. And that sounds like it was the case recently with the show Good Omens from Neil Gaiman. It appears the studio wanted Johnny Depp and Gaiman only had one actor in mind for the lead role. I think you know who won in the end.

This latest revelation about Good Omens came via Neil Gaiman’s Tumblr account where he posted an answer to a fan question. Things start innocently enough with the fan just wondering what role might have been the most difficult to cast in the series. Gaiman didn’t seem to hesitate and had a story to round out how the process went and where Johnny Depp fell into the mix. Check out Gaiman’s response to the question which helps give a bit of inside info on how these casting decisions sometimes take shape.

So it appears when Good Omens was in active development, specifically in the casting process there was a disconnect between Neil Gaiman and Amazon about who would best fit the role of Crowley on the series. Gaiman clearly wanted David Tennant and the studio was pining for a more recognizable and “marketable” actor, in this case, Johnny Depp. While it’s surprising to hear Gaiman call the actual guy out by name here rather than just allow speculation, the timing of the casting predates some of Johnny Depp’s current issues.

Neil Gaiman and company were involved with this casting process all the way back in 2017, which feels like a lifetime ago. This was at the tail end of the marriage between Johnny Depp and Amber Heard and well before his legal issues. It’s easy to see why the studio wanted to add a name like Depp to a rather quirky role. He was just coming off of Fantastic Beasts and Where to Find Them as well as his last turn in the Pirates of the Caribbean franchise.

While Neil Gaiman was “correct” in wanting to add David Tennant to Good Omens, it’s worth it to note that this was likely only based on a vision for the show and not because of Johnny Depp and the latter’s persona non grata status in Hollywood. Gaiman had a particular vision for the series and it involved Tennant in the lead role. While time ultimately proved that decision overwhelmingly correct, it would have been difficult to foresee just how much the Johnny Depp casting would have been a problem back then. That is because, of course, Johnny Depp has faced a couple of years of legal issues stemming from a highly-publicized court case with the British tabloid The Sun.

As for Good Omens, it looks like thanks to Neil Gaiman the series dodged the Johnny Depp bullet in this case. Following a very successful first season, the show is coming back for a second set of stories with David Tennant reprising his role as Crowley. 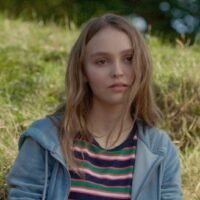