Johnny Depp is finally making his way back to the acting game, and we have been given the first look at the man in full makeup and costume for his role.

Related:
Exclusive: Pirates Of The Caribbean Series In The Works For Disney+

Now that the defamation lawsuit between Johnny Depp and Amber Heard is over, many were wondering when would be the first time that the man would be reappearing on the big screen. Well, that time is now, as we have been given the first look at Depp’s acting return. Depp is set to portray King Louis XV in a new period drama by French filmmaker Maïwenn. The film is called Jeanne du Barry, which will also see the filmmaker star opposite Depp. You can see the image below:

We are given a side profile of Johnny Depp in full costume, though he is blindfolded for some reason. That likely has to do with the plot of the film, but he does look quite amazing in the full costume and makeup for the film. Maïwenn is set to portray the titular role of Jeanne du Barry, who was the historical favorite courtesan of King Louis XV. The film is being put together by France’s Why Not Productions. Production for the film had begun on July 26th and is said to take 11 weeks. The locations were in Versailles and other chateaux in Paris.

Jeanne du Barry is a historical drama that is meant to follow the life and love of Jeanne du Barry and King Louis XV. Jeanne du Barry was born into poverty but used her intelligence and beauty to make her way into the high court. She meets King Louis XV and becomes his favorite mistress. The man then moves her into Versailles, which shocks the court, as it ignores all manner of etiquette and propriety. Joining Johnny Depp and Maïwenn are Benjamin Lavernhe, Pierre Richard, Melvil Poupaud, Noémie Lvovsky, Pascal Greggory, and India Hair.

This will be Maïwenn’s sixth feature film. On top of starring and directing, she also co-wrote the screenplay alongside Teddy Lussi-Modeste. The film is said to be a French-language production, so we might be seeing Johnny Depp break out full French language speaking in the film. This will be Depp’s first film in three years. The actor has been stuck in courtrooms since 2019, fighting his ex-wife Amber Heard after her allegations that he was abusive while the pair were married. He has since won his defamation suit, leaving the man to pursue acting and music once again.

Johnny Depp has also been rumored to join the Pirates of the Caribbean reboot, at least in a cameo of sorts. This was after the actor had stated while in court that he was not going to be part of the Disney franchise, even if they offered him $300 million. Well, Jerry Bruckheimer might have made that possible, as Depp is rumored to return in some capacity. It is good to see the man back in the acting game.

Jeanne du Barry is currently filming, meaning we are likely not going to see the film debut until late 2023, or early 2024. Johnny Depp might welcome more acting gigs in his life, but this film is the only one he is slated to be involved in so far. Depp also released a new album called 18, which features rock and roll icon, Jeff Beck. The album dropped in July and features a host of cover songs and two original songs written by Depp. 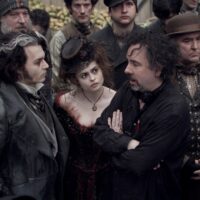