John Wick prequel is on the way!

The entertainment industry is full of studios looking to better their franchises by appealing to the wants of the fans they established in the first go-around. For Star Wars, audiences have been introduced to series that touch on the nostalgia of the first trilogy, namely Disney+’s The Mandalorian and the recent Obi-Wan Kenobi. For Marvel, fans have been raving about Ms. Marvel and Loki, leading to themes that the Marvel Cinematic Universe will use in future films that further the storylines they want to convey. But when it comes to superheroes of a different kind, there may be no better example of a trilogy that many didn’t see coming than John Wick. A hitman and assassin, John Wick is getting the prequel treatment it so rightly deserves, and now it seems the series has been greenlit by a streaming platform.

According to a report by Deadline, Peacock will be the home of a new series that will serve as a prequel to the original 2014 John Wick. The series will be called The Continental, and Peacock has also acquired the rights to the entire John Wick franchise. The show was initially supposed to be developed by Starz and debut on the network, but it appears that Starz is more focused on entertaining their fan base with shows like Outlander and Power. The Continental was no longer a fit for Starz, and Peacock jumped at the chance to take on the prequel.

The John Wick prequel The Continental is set for a premiere date sometime in 2023, exclusively on Peacock. According to TV Line, the show will be broken out into a three-part “special event,” which will be from the perspective of the hotel manager, Winston Scott. The setting will be in 1975 at the hotel in question, where criminals congregate, and Winston will need to navigate the treacherous environment that 1970s New York City has to offer. In the John Wick films, the role of Winston Scott was played by Deadwood actor Ian McShane, but the series will showcase a younger version of the character, who will be portrayed by Colin Woodell. Woodell is well known to American audiences for his portrayal of Aiden in The CW series The Originals and Buckley Ware in the first season of the HBO Max original series The Flight Attendant.

The original John Wick film debuted in theaters and became a surprise hit for star Keanu Reeves. So far, two sequels have been released, which have amounted to a franchise box office gross of close to $600 million to date. A fourth film is set to be released in March 2023, according to CNET. John Wick Chapter 4 will see Reeves reprise his role as the titular hitman, alongside Ian McShane, Lance Reddick, Bill Skarsgard, and Donnie Yen. No release date has been scheduled for The Continental on Peacock yet, but the series will costar Ayomide Adegun as a younger version of Reddick’s character, Charon. Controversial actor and director Mel Gibson will also be featured in the miniseries as a character named Cormac. 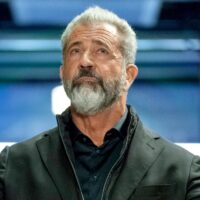 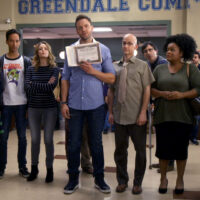