Let's dive into everything we currently know about the upcoming John Wick series which has Mel Gibson in one of the lead roles.

When we first got eyes on Keanu Reeves as John Wick back in 2014, few could have expected that this character would help spur the larger world and massive franchise we have today. The story all started so simply. It was just a widower who was avenging the death of his dog, and the theft of his car which led him to waging war on the Russian mafia. The flick was a fun romp that ended up opening a huge, and layered story that has seen two sequels with a couple of more on the way. And along with those movies, there will also be a John Wick series as well, one that will give even more context to the set of films. Let’s take a look at what we already know about this John Wick series and what to expect when it finally hits the screen.

While we don’t yet know the full name of McGrath’s character, we know what role she’ll fill. She will be The Adjudicator, a role introduced in 2019’s John Wick: Chapter 3 — Parabellum by Asia Kate Dillon. Musashi and Mazepa will play assassins working for the High Table, reportedly with the interesting names Hansel and Gretel. McKinnon is playing someone named Jenkins and Shapiro is a character named Lemmy, but little else is known about their roles.

IS KEANU REEVES IN THE JOHN WICK SERIES?

This is the operative question to start: is Keanu Reeves going to make an appearance as John Wick in this John Wick series? At this point, the answer looks like a pretty easy, “no”. At least to start that is. The way the story is shaping up, it doesn’t look like the timeline for the show would include Reeves. This is interesting for the overall franchise seeing as how they are going to be less reliant on the titular character going forward. It’s a testament to the world that they’ve created around Wick, specifically the inner workings of the group of assassins that have ended up becoming the baseline for the movies.

IF NO REEVES, WHAT IS THE JOHN WICK SERIES ABOUT?

The John Wick series is tentatively titled The Continental, a reference to the hotel that many an assassin has made their home in the first few movies. It’s where contract killers can visit, an assassin’s Switzerland as it were, that has its own set of rules around the world. They can go there to take a respite, not kill anyone, and maybe feel a bit safer in confines that are a little less deadly. There is more than one hotel location in this assassin world, though the first one we see is found in Lower Manhattan and run, in the movies by Winston. He’s played by the great Ian McShane.

The new series will be a prequel to the John Wick franchise, taking place in the 1970s with a younger version of Winston as one of the main characters. From some early notes about the series, it looks like they will take a bit of historical context from the era, especially the happenings of New York City to help provide some of the series backdrops.

With the John Wick franchise working harder to include a bigger, worldbuilding view, they’ve also begun to take care in how the places are important here. This new series will expand on that idea by going back in time to give a sense of place in how The Continental came to be, especially the iteration we know from the movies. Apparently, it will follow the young Winston as he works to take over the hotel for his own. Lionsgate head Kevin Beggs said of the show that they are exploring, “how it came to be that he (Winston) and his team of confederates found their way into this hotel, which we have met for the first time in the movie franchise 40 years later…”

WHO IS STARRING IN THE CONTINENTAL?

The biggest name we know now associated with the John Wick series is one Mr. Mel Gibson. Deadline announced the casting a few weeks ago that Gibson was taking a starring role in the series. He will play a character named Cormac, though it isn’t clear exactly how he fits into the larger story. It will be a prominent role of course and it could stand to reason that he plays the antagonist in this one. Considering his age, it’s likely he is either the head of one of the criminal enterprises running in New York at the time or more likely, closely associated with The Continental itself.

The other star of the John Wick series will be Colin Woodell. We do know something about his character already. He will be playing the younger version of Winston Scott who is coming on to the assassin scene. A brief description of the show has been released saying that Winston  “charts a deadly course through New York’s mysterious underworld in a harrowing attempt to seize the iconic hotel, which serves as the meeting point for the world’s most dangerous criminals.”

Another name added to the cast is the underrated Peter Greene. Many of Greene’s roles had him cast as the villain with characters such as Dorian in The Mask and Redfoot in The Usual Suspects. One of his more memorable roles came as Zed, the sadistic security guard in Quentin Tarantino’s Pulp Fiction. In The Continental, Green is on board as Young Uncle Charlie. You may remember the character, Charlie, in the first two John Wick films, played by David Patrick Kelly (The Warriors).

Other casting decisions have been made as well with Hubert Point-Du Jour, Jessica Allain, Mishel Prada, Nhung Kate, and Ben Robson joining on in short order after Woodell and Gibson were announced.

WHO IS THE CREATIVE TEAM BEHIND THE CONTINENTAL?

The concept and vision around the original John Wick movie were from a script by Derek Kolstad. Kolstad has gone on to help pen the second and third movies as well. He is taking a step back for the fourth and fifth movies though with other screenwriters brought in to finish off the story.  And in terms of stylistic choices, a lot of that has been from director Chad Stahelski who’s helmed the first three movies in the franchise and is on board for John Wick 4 and 5 too. Stahelski and Kolstad are both on as producers for The Continental and have been crucial in bringing it to series.

As far as the series showrunner is concerned, this will be handled by two people, Greg Coolidge and Kirk Ward, who are also writers on the series. Joining them in the writer’s room will be Kolstad, Chris Collins, Shawn Simmons, and Ken Kristensen.

We also know who will be handling the directing duties for The Continental. Albert Hughes, one half of the Hughes Brothers directing team, has been given the reins to helm the first and third episodes. Of course, the Hughes Brothers are known for such hit movies as Menace II Society, Dead Presidents, From Hell, and The Book of Eli. Albert Hughes finally stepped out on his own with the 2018 film, Alpha.

Taking on episode two of The Continental will be Charlotte Brändström. She is no stranger to television series as she has over 50 credits on her ledger. She has seen time on hit shows like Grey’s Anatomy, Chicago P.D., Outlander, Madam Secretary, and The Witcher. She is also behind the lens on the upcoming series The Lord of the Rings: The Rings of Power. The Continental is in great hands.

WHERE AND WHEN CAN I WATCH THE JOHN WICK SERIES?

When The Continental was first announced, Lionsgate had intended the series to premiere on the Starz network, which Lionsgate controls. But since that time, The Continental, which is intended to be shown as three 90-minute feature-length episodes, has since moved. Now, the series will be shown on the Peacock streaming network. It is a deal that both Lionsgate and Peacock are very excited about. “The John Wick films have become a global phenomenon, are among the most watched titles on Peacock and we are thrilled and honored to partner with Lionsgate to extend this incredible franchise,” said Kelly Campbell, president of Peacock and direct-to-consumer at NBCU via The Hollywood Reporter.

Lionsgate Television Group chair Kevin Beggs added, “John Wick has become part of the cultural zeitgeist with a massive, passionately engaged fan base around the world. We’re delighted to partner with Peacock to continue expanding the John Wick universe. This agreement reflects the collaboration of our Motion Picture Group, which has grown the franchise from the beginning and was excited by the opportunity to bring it to the next level, Jim Packer and his Worldwide Television Distribution team, which found the perfect home for The Continental, and the Lionsgate Television creative group, which created a brilliant and enduring property that is one of the most highly anticipated streaming events of 2023.”

Kraven The Hunter: Everything We Know About The Aaron Taylor-Johnson Movie 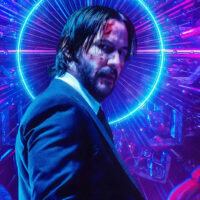 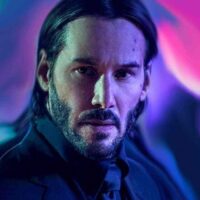 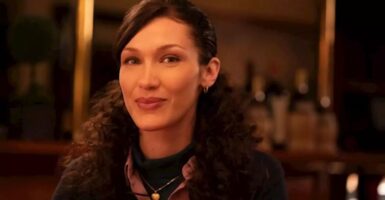