John Wayne became an icon during Hollywood’s Golden Age, especially for his starring roles in Western and war movies. He was among the top box office draws for three decades, appearing in a total of 179 film and television productions. Even decades after his death, the actor still ranks among the most popular movie stars of all time. But the one acting gig most people don’t know about is his role in Star Wars.

John Wayne’s role in a galaxy far, far away was revealed at a Star Wars Celebration in 2007 (via Slash Film). Appearing at the event was Ben Burtt, a legendary sound designer who worked on the original Star Wars trilogy and the prequels. He is the mastermind behind Artoo’s characteristic beeps and whistles, Darth Vader’s menacing rasp, and Chewbacca’s unforgettable howl. During the event, Burtt shared some interesting information about Garindan, a character who appears briefly in Star Wars: A New Hope. He’s the alien that rats out our heroes to the Empire at Mos Eisley As it turns out, it was John Wayne who voiced the character – sort of. While the legendary actor didn’t actually record dialogue in a studio, Burtt used a processed version of John Wayne’s voice from discarded audiotapes.

With his face hidden beneath his dark hood, goggles, and insect-eating snout, Garindan needed to have a buzzing sound. This sound was triggered by a human voice which said something like, “’All right, what are you doin’ in this town” or something like that. That voice belonged to John Wayne. Interestingly, Burtt didn’t even recognize the voice until years later, when he was going over old notes and tapes.

While it may have been a small appearance, John Wayne’s Garindan played a rather important role in A New Hope. After the Empire hires him and a few other spies to search for a pair of missing droids, the Kubaz discover a duo that matched the Imperial description. Then Garindan follows Luke Skywalker and Obi-Wan Kenobi to Docking Bay 94 for their meeting with Han Solo and summons Imperial troops to arrest them.

While George Lucas was blissfully unaware of John Wayne’s voice cameo at the time, he was a huge fan of the actor’s work. Some of the scenes in Star Wars even drew inspiration from his movies. The director even edited the original Star Wars movie so that Han Solo kills Greedo only after Greedo shot at him. Because Lucas felt that shooting first wasn’t something that a John Wayne character would do. So he didn’t want Han Solo to do it either.

John Wayne’s influence on Star Wars is also evident in the scene where Luke races home to find his beloved uncle and aunt dead. The sequence is almost an exact remake of a scene in The Searchers when Wayne’s character discovers that his brother, sister-in-law, and nephew are dead.

One of the most important things about John Wayne’s accidental Star Wars role is that it was technically his last film appearance. Although he was uncredited in the 1977 movie, it is an important part of his enormous legacy. The actor’s official final on-screen role was in 1976’s The Shootist. 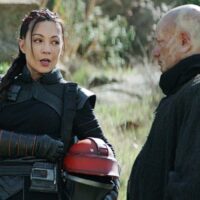 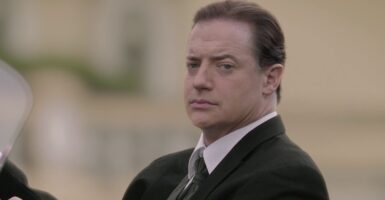 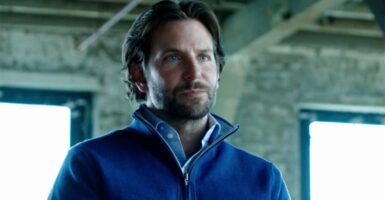