Earlier this year, we got the news that NBC made a pilot order for John Larroquette (Night Court) to return to the courtroom with a sequel series based on his hit 1980s sitcom. Now the network has made for a whole season order, so the court is officially in session.

The premise of the revival will see Melissa Rauch (The Big Bang Theory) as the optimistic Judge Abby Stone. She is the daughter of the late Judge Harry Stone, who was played by Harry Anderson (It). She will follow in her father’s footsteps. She will have to work with all kinds of eccentric personalities during her shifts at the Manhattan arraignment court. One of those personalities will be John Larroquette’s former night court prosecutor Dan Fielding, which was the role that won him four Emmies back when the original series aired.

Melissa and Winston Rauch will executive produce through their After January label with John Larroquette as a producer. Dan Rubin (Unbreakable Kimmy Schmidt) and Pamela Fryman (How I Met Your Mother) will also executive produce the Night Court sequel. Tony Hicks, Mark Maitlen, Suzy Mamann-Greenberg, and Reid Watanabe will produce, as they did for the pilot. Warner Bros. Television, which was associated with the original series, and Universal Television are attached as producers too. It will be the first major project for Melissa to take on since the series conclusion of The Big Bang Theory, which was on CBS for 12 seasons and had earned 10 Emmies during its lifetime.

Melissa Rauch was going to only executive produce the NBC courtroom comedy. The strong script and being able to work with John Larroquette changed her mind to take on the leading role of Judge Abby Stone.

The release of the John Larroquette series is unclear. Susan Rovner, Chairman, Entertainment Content, NBCUniversal Television, and Streaming noted back in May that any pilot pickups might air in the 2021/22 midseason, but it could go into the 2022/23 season.

The first series with John Larroquette was a huge hit as it ran for 193 episodes between 1984-92. It had won seven Emmies with three Outstanding Comedy Series Emmy nominations.

In recent years, stars from the original Night Court with John Larroquette have died. Judge Harry T. Stone actor Harry Anderson died in 2018, and Charles Robinson (Key and Peele, The Guest Book) played Mac Robinson and died back in July. Back in August, Markie Post (Hearts Afire) died from cancer. Before their deaths, the three stars reunited back in 2008 to play as themselves in an episode of 30 Rock that was called The One With the Cast of ‘Night Court.’ 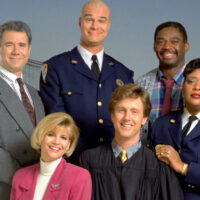 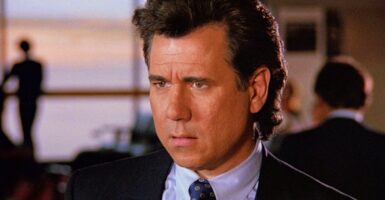 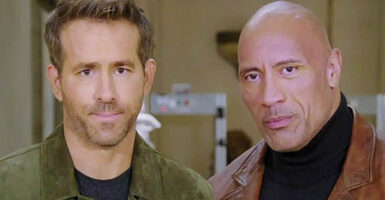