John Krasinski is back in the first trailer for Jack Ryan Season 3!

As noted in Variety, Prime Video has released the first trailer for John Krasinski’s return as Jack Ryan in the next season of the Amazon series. The latest season picks up with Ryan’s case officer on the run after becoming wrongly implicated in a conspiracy theory. Krasinski returns alongside Wendell Pierce and Michael Kelly. The third season adds Nina Hoss as Czech president Alena Kovac and Betty Gabriel as C.I.A. Rome Station chief Elizabeth Rice.

Amazon’s Jack Ryan series was created by Carlton Cuse and Graham Roland. John Krasinski serves as an executive producer alongside Cuse, Michael Bay, and Mace Neufeld. The first season centered on Ryan getting pulled from his desk job and sent into the field after discovering a string of dubious bank transfers.

While the response for season one was mostly positive, the subsequent season invited a bit more mixed reactions from critics of the John Krasinski-led action series. Trailers for the second season, which showed Ryan ending up on a mission to Venezuela, were reportedly criticized by that government for allegedly promoting a U.S. invasion of the country. One of the lines in the trailer that sparked controversy was that Ryan and his team would “bring stability to a country on the brink of collapse.”

Season two of Amazon’s Jack Ryan scored lower than its predecessor on Rotten Tomatoes. Despite the second season’s pitfalls, it did receive some support from critics who enjoyed where the story took John Krasinski’s character. The Hollywood Reporter’s Tom Goodman gave the season a favorable review and stated that the show was “still fun, despite being a bit ridiculous and predictable.

Amazon looks to continue with the series despite its sophomore slump. As for John Krasinski, the actor has benefited from starring in the show thus far. In 2019, he earned a Screen Actors Guild nomination for his work as Ryan and reportedly earned $20,000 per episode during the first three seasons.

John Krasinski also is following in the footsteps of other famous actors who have taken on the role of Jack Ryan. Krasinski is the fifth actor to portray the character after Alec Baldwin, Harrison Ford, Ben Affleck, and Chris Pine. It also doesn’t hurt to be the face of a series that famed espionage novelist Tom Clancy created.

As noted by Variety, it will be more than three years since the second season of Jack Ryan was released on Prime Video. The streamer plans to simultaneously release all eight episodes of the third season on December 21st. The episodes will also be released simultaneously across more than 24 countries and territories.

According to a report from Deadline, Amazon will end the series with a season 4. The report noted that a potential spin-off series featuring Michael Pena would take its place on the streamer. Sources told Deadline that John Krasinski signed on to play Jack Ryan for four seasons. 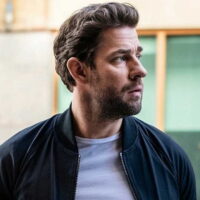 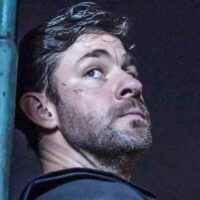 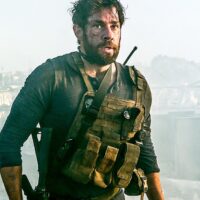