One of the most beautiful things about the advent and rise of streaming services is we get a new insight into what people watch, and rewatch. According to Flix Patrol, we can see that there are some movies that stand the test of time, continue to be the perfect way to revisit years past, and relive some of our favorite movies and tv series. At the moment, one of the favorite films to revisit on Paramount+ is the John Hughs/John Candy comedy from 1989, Uncle Buck.

According to the charts, the family comedy film lands at the number seven movie streamed this week on Paramount Plus, falling behind Transformers: The Last Knight, The Contractor, both Daddy’s Home films, Fantasy Football, and Smile. While those top six movies stayed steady in their positions from last week, and nine and ten stayed the same in Paw Patrol: The Movie and Transformers: Age of Extinction, Uncle Buck jumped up a spot and swapped places with the Jason Statham/Guy Richie film, Wrath of Man. The John Hughs film is primarily seen as one of the best in the 80s coming out party for one of the best comedic actors of his generation in John Candy.

The comedian’s career reaches as far back as 1972, while he eventually appeared in films like Blues Brothers with Dan Aykroyd and John Belushi, Stripes with Bill Murray, and National Lampoon’s Vacation with Chevy Chase. 1987 was the year of John Candy with comedies as he released two of the most famous roles of his career as Barf, the half-man, half-dog in Mel Brooks’ Spaceballs, and starring with Steve Martin in another John Hughes film, Planes, Trains, and Automobiles. He finished out the 80s with The Great Outdoors and Uncle Buck before starting the 90s with Home Alone.

Joining John Candy in the film is also a pre-Home Alone Macauley Culkin, who went on to become one of the most famous child actors of all time, and Gaby Hoffman, who had a great childhood career of her own with films like Kevin Costner’s Field of Dreams and Now and Then with Christina Ricci, Thora Birch, Rosie O’Donnell, Melanie Griffith, and Demi Moore. Also starring is Laurie Metcalf of Rosanne fame and Field of Dreams‘ Amy Madigan, who praised the actor’s comedic improvisation skills. And, of course, the film was directed by arguably one of the 1980’s most famous and prolific directors.

John Hughes released eight films in the 1980s as a director, including Molly Ringwald’s Sixteen Candles and The Breakfast Club, both of which became icons of the 80s. He also is responsible for the iconic 80s films like his two John Candy films, Weird Science, and Ferris Bueller’s Day Off. He has since been a prominent writer in the industry for the last three decades.

Streaming services may have killed some of the more traditional film culture staples such as rental stores and owning DVDs, but one thing they have allowed us to do is to see how we as a society go back and watch certain films over and over again. John Candy may have passed on years ago, but his legacy lives on at the number seven spot on Paramount+ 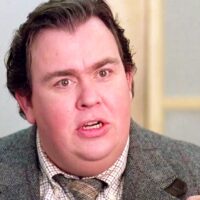 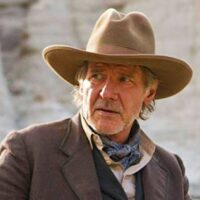 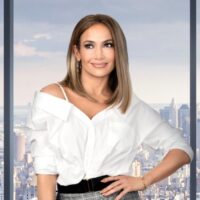