According to insider Daniel Richtman, John Boyega is now on the shortlist of actors the studio wants in the role as The Man of Steel. Richtman says that if Michael B. Jordan doesn’t end up donning the suit then Boyega would essentially be the next actor up in line for the part. Really, I could see either pulling it off making for an exciting time around this new look we’ll get for the hero.

Obviously, Superman news is at the center of the rumor mill with the word heading into the weekend that DC was recasting the part and moving away from Henry Cavill in the role. This followed Giant Freakin Robot’s exclusive scoops that we were slated to see a new Superman going forward. And that this next version would be the first time a black actor played the title role. The initial rumor had Michael B. Jordan as the frontrunner for the part. The actor has been mentioned in and around this and other superhero roles for the better part of the last year. But apparently, if that didn’t pan out we could see John Boyega playing the part.

Whether it is John Boyega or Michael B. Jordan (or someone else) playing the part of Superman remains to be seen. What we do know about this upcoming film is that it is taking a decidedly different approach to what we’ve seen in the past. Acclaimed author Ta-Nehisi Coates has already been inked to write the script. His award-winning work has been mostly in the form of non-fiction, though he does have some comic book credits like Black Panther to his name.  J.J. Abrams is set to produce the film.

And where we get John Boyega in the rumor swirl is that the studio has committed to making the next Superman a black man, pivoting away from what we’ve seen in previous versions. It’s unclear if this would be the Calvin Ellis character we’ve seen in the limited run from a few years ago, a different version of Clark Kent, or just someone completely new and original. Again, it’s an exciting time for DC who is going in a totally new direction with their catalog.

With the recent Superman news coming only a few days ago we are very much in the speculation department right now. But this is sure to be a story that will capture fan’s attention for months to come. For John Boyega, he’s of course fresh off his run as Finn in the last three Star Wars movies so big-budget iconic productions are already in his bag. Next up for the actor will be Chase Palmer’s Naked Singularity followed by the mystery They Cloned Tyrone with Jamie Foxx. There’s also Borderland, Rebel Ridge, and The Test which were all recently announced.

So John Boyega is busy for sure. But he’d have a completely full dance card if he actually got the part of Superman. Time will tell on that one.

John Boyega To Star In A DC Movie 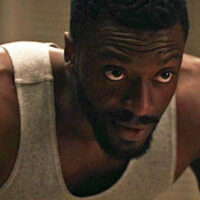