JK Rowling can’t seem to stay out of the headlines when it comes to negative press attached to her name. One of the first instances is that of Rowling making comments on her Twitter that were seemingly strongly opposed to the transgender community. That alone caused a rift between fans of the Harry Potter series and its creator. Now, Jon Stewart has thrown his hat in the ring to add even more controversy to Rowlings growing list of issues. Stewart claims that JK Rowling’s portrayal of the goblins in Gringotts Bank is antisemitic and the goblins are supposed to be racist tropes of Jewish people. Stewart claims that these goblins are uncanny in their resemblance to racist caricatures of Jews from a book that was published in 1903 called, The Protocols of the Elders of Zion.

Jon Stewart is a comedian, so he could be simply making an attempt at a humorous observation about these characters and the similarities in which they are portrayed in cartoons from a time in which antisemitism was widely accepted. However, accusing JK Rowling during this time could also be his way of just adding on the details that would further tarnish her reputation. According to Stewart, “Talking to people, here’s what I say: Have you ever seen a Harry Potter movie? … Have you ever seen the scenes in Gringotts Bank? … Do you know what those folks who run the bank are? … Jews!” Stewart made these claims on his podcast, The Problem with Jon Stewart.

Jon Stewart went deeper into his observation about the similarities between the book and JK Rowling’s Harry Potter, saying, “And they’re like, ‘Oh, [that illustration is] from Harry Potter!’ And you’re like, ‘No, that’s a caricature of a Jew from an anti-Semitic piece of literature.’ J.K. Rowling was like, ‘Can we get these guys to run our bank?’.” Jon Stewart is clearly doubling down on what he thinks is the underlying issue for the JK Rowling depictions of the goblins in the films. However, not everyone is convinced that this accusation has any merit. Dave Rich, the president of the Jewish charity, the Community Security Trust, says, “I don’t believe JK Rowling is an antisemite or is responsible for creating antisemitic caricatures. There is nothing in her record to suggest that she holds antisemitic views.”

The strange thing is that this isn’t the first time in which someone pointed out that the goblins of JK Rowling’s popular novels bared an uncanny resemblance to those of the aforementioned book. A children’s author by the name of Marianne Levy told The Jewish Chronicle in 2019 that she had been “stopped in her tracks” and “the press photography from the new Gringotts wing of Warner Bros.’ Harry Potter Studio tour positively shrieked with antisemitic tropes.” Levy was shocked to learn that the goblins from the Wizarding World of Harry Potter were eerily similar to “a series of cartoons from Nazi Germany’s Der Stürmer.”

JK Rowling chose to not appear in the Harry Potter 20th Anniversary Special, and that could be due to the fact that she is surrounded constantly by controversy. This claim that has been resurfaced by Jon Stewart certainly isn’t going to help matters at all. The fact that the goblins work in a bank and bear resemblance to antisemitic cartoons from years ago could just be coincidental, but this certainly won’t go over well for Rowling and her current stature in the public eye. Both Warner Bros and Rowling have been contacted for comment but neither has addressed this issue so far.

Regardless of what is happening currently with JK Rowling, Harry Potter has been a massive success and the anniversary special is currently streaming on HBO Max. The anniversary special goes deeper into the casts’ experiences with being part of a franchise that has brought happiness to millions of people. Hopefully, this new controversy is just happenstance and Rowling is absolved of being labeled an antisemite. 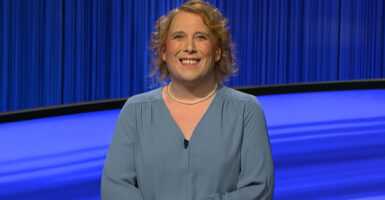 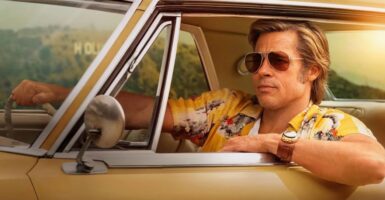