JK Rowling is having a busy year, but not for good reasons. In the wake of a slew of various incidents that have left many labeling her as being transphobic, the Harry Potter author has received massive pushback from the transgender community, which has been heightened this year given the divide in the country. Most recently, the author is heating up on social media following a tweet in which she blasts protestors for publicizing her home address on social media.

This past Friday night, comedian Holly Stars, actor Georgia Frost, and drag king Richard Energy staged a demonstration in front of JK Rowling’s home near Edinburgh, Scotland on the eve of Transgender Day of Remembrance. Star posted photos of the three outside of Rowling’s house on Twitter, and although it has now been taken down, the photo apparently revealed the author’s address. Responding to the incident, Rowling tweeted the following:

Even after deleting the photo, Star defended the trip of protestors, stating that the only reason for its removal was due to the three receiving an onslaught of violent threats. All three of their Twitter accounts are currently deactivated. JK Rowling went on to post more to Twitter, including an accusation that the placement of the protestors was intentionally done so to share her family’s address.

This recent incident is only the tip of the iceberg concerning the Harry Potter writer’s very public battles over her views. Seemingly beginning in 2019, JK Rowling received backlash for her support of Maya Forstater. Forstater was a British tax specialist who was fired for tweets that were deemed to be anti-transgender. Using her personal Twitter, Forstater shared her concerns with the U.K’s Gender Recognition Act, writing that she felt women and girls would face privacy and safety issues if males are allowed into places such as changing rooms and bathrooms.

But the backlash for JK Rowling’s support for Forstater didn’t deter the renowned author from expressing her views. Last year, she penned a blog post in which she accused social media of influencing young children and pressuring them to come out transgender, while she simultaneously opened up about her own experience being sexually assaulted. Seeming to be the tipping point for many Harry Potter fans, Rowling received immense backlash from both the transgender and Harry Potter communities. Rowlings own “boy who lived” star Daniel Radcliffe was one of the first to respond following the controversial post. In his long and thought-out response, Radcliffe was well versed and quick to take the subject away from Rowling and instead declare his utmost support for the transgender community, stating “transgender women are women”.

But Daniel Radcliffe wasn’t the only one to speak up against JK Rowling as many stars involved in the Harry Potter universe spoke up as well to show their support for the transgender community. Most recently, the Hollywood backlash aimed at Rowling took route centering around the upcoming Harry Potter cast reunion, which Rowling will reportedly not be attending. While the reason for her absence isn’t being discussed, we reported earlier that Warner Bros. had secretly kept her off the invite list.

In lieu of the drama surrounding the author, JK Rowling continues to double down and defend her stance, even through death threats. In regards to the recent doxing of her home, she defended her fury over the photo stating that she could line her entire home with the number of death threats she has received. 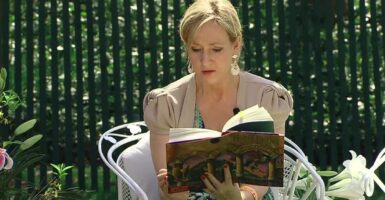 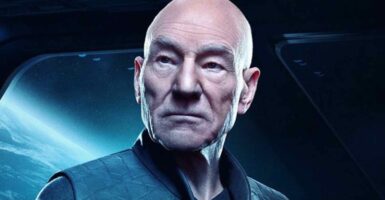 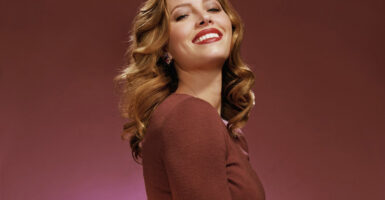